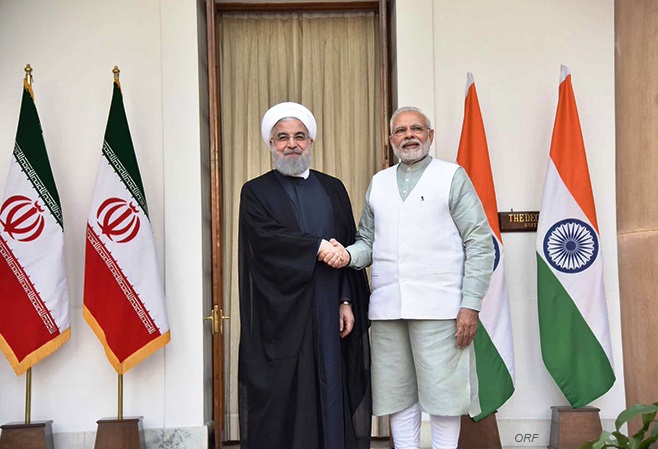 A Middle Eastern Chess Game: US-Iran Tensions and the Implications for India

The Middle East continues to be one of the most volatile regions in the world. Failing states, civil wars, terrorism and rivalry between the countries in the region, with major powers pursuing their own agendas, make it even more complex.

As tensions rise between the United States and Iran, so, too, does the fear of an all-out confrontation between the two. The region has been on high alert since the decision of the Trump Administration to dump the historic Joint Comprehensive Plan of Action (JCPOA). Over the years, tensions between the US and Iran have continued to intensify. The relationship between the two countries has since reached boiling point with Donald Trump threatening to “obliterate” Iran in a waging war of words.

President Trump withdrew the US from the nuclear deal, reimposed stringent sanctions, moved to cut off Iran’s oil exports and designated an Iranian military unit, the Islamic Revolutionary Guard Corps, as a terrorist organisation. The repercussions of such moves are now being felt. Events over the past couple of months in the Persian Gulf are worrisome, and bring the fear of far-reaching consequences for the geostrategic environment of the region while hampering the economic interests of both India and China. Furthermore, ‘hydrocarbon flows through the Strait of Hormuz and the Persian (or Arabian) Gulf have been a permanent cause of worry whenever US-Iran relations have moved into the high-tension zone.’

This paper will assess the changing dynamics in the US-Iran relationship, the crisis in the Persian Gulf, the importance of Iran to India and how the US-Iran situation is affecting Indian interests.