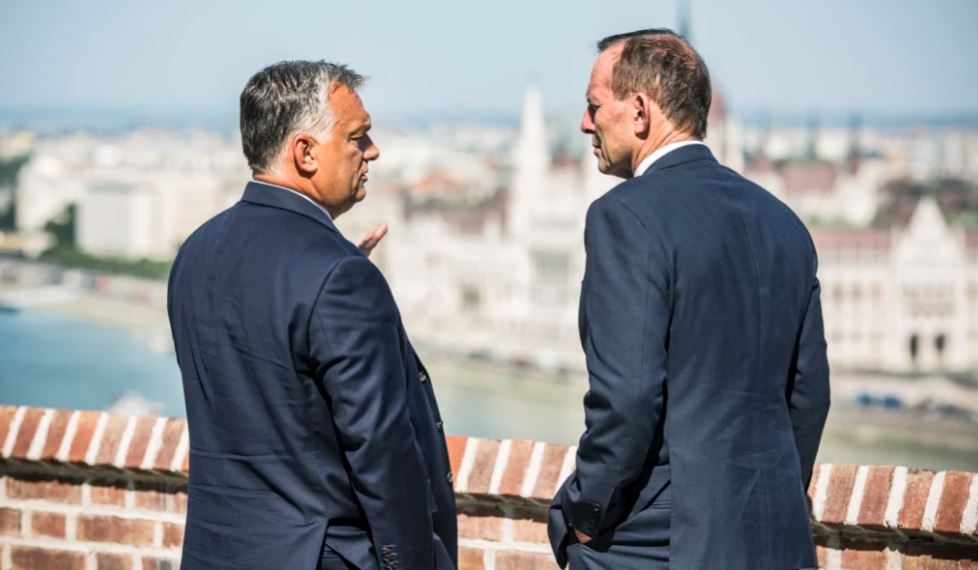 Why Australia’s conservatives are finding friends in Hungary

When Tony Abbott gave two speeches in Hungary last month, it prompted an outcry from his usual progressive critics. They were alarmed by the former prime minister’s talk of migrants “swarming across the borders in Europe”, invoking the dangerous old notion of immigrants as pests or vermin.

Abbott was not the only senior Australian figure to appear in Budapest recently. He was preceded by Alexander Downer, the former Liberal foreign affairs minister, whose address to a migration summit in March was perhaps even more incendiary.

In a speech that was not reported in Australia at the time, Downer railed against immigrants who he said “set up separate ghettos” and lived a “Bantustan-style” life, a reference to the segregated black settlements of apartheid South Africa.

He was even more pointed on the topic of refugees, whose pickiness was “undermining the whole [migration] system”. They were only owed temporary protection while they fled danger, he said, and “when that’s finished they should peacefully be able to return home”.