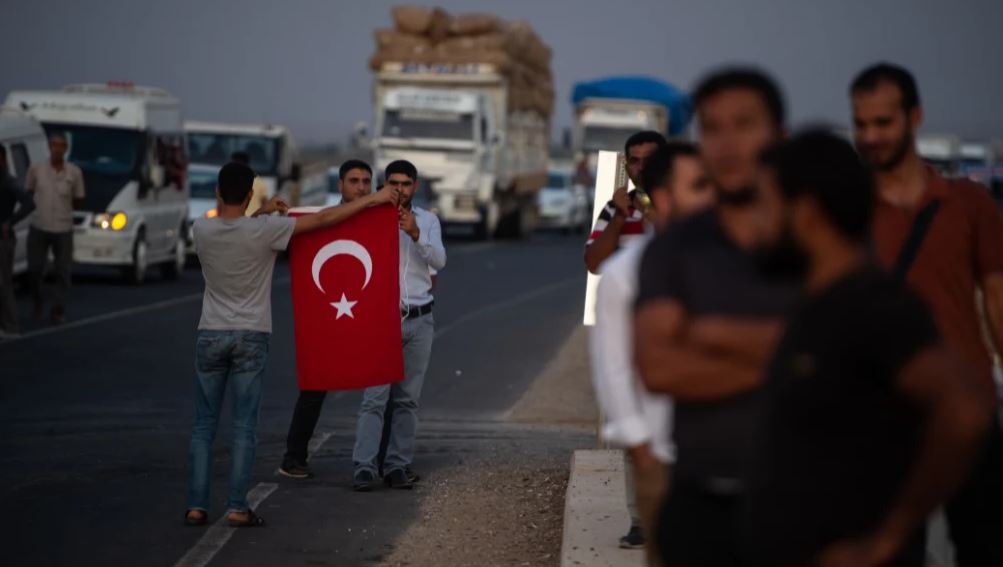 Turkish forces push deeper into Syria as Kurds fight back

Istanbul: Turkish forces advanced deeper into north-east Syria as part of a campaign to oust Kurdish fighters from the area, Turkey’s Defence Ministry said, expanding an offensive that has drawn a sharp rebuke from the international community.

The operation, including air and ground forces, targeted villages along the border with Syria and “continued successfully” on Thursday, the second day of the offensive, the ministry said in a statement.

The Britain-based Syrian Observatory for Human Rights said more than 60,000 people had fled their homes since the first strikes on Wednesday, while the UNHCR estimated it at tens of thousands. Aid agencies warned that nearly half a million people near the border were at risk “if all sides do not exercise maximum restraint and prioritise the protection of civilians.”

Residents fled with their belongings loaded into cars, trucks and motorcycle rickshaws, while others escaped on foot.

Turkey says it aims to create a “safe zone” in north-east Syria, where Kurdish-led forces are in control, but critics fear it could plunge the region into a fresh crisis.

Kurdish officials pushed back against claims of a Turkish advance, saying their fighters had repelled a ground incursion near the town of Tel Abyad overnight.

The Kurdish-led Syrian Democratic Forces, which partnered with US troops to battle the Islamic State in Syria, said on Thursday that Turkish shelling had targeted a prison holding some of the jihadist group’s fighters in the north-eastern city of Qamishli.

Read the article by Erin Cunningham, Kareem Fahim, Sarah Dadouch and Asser Khattab in The Age (from The Washington Post with AP).