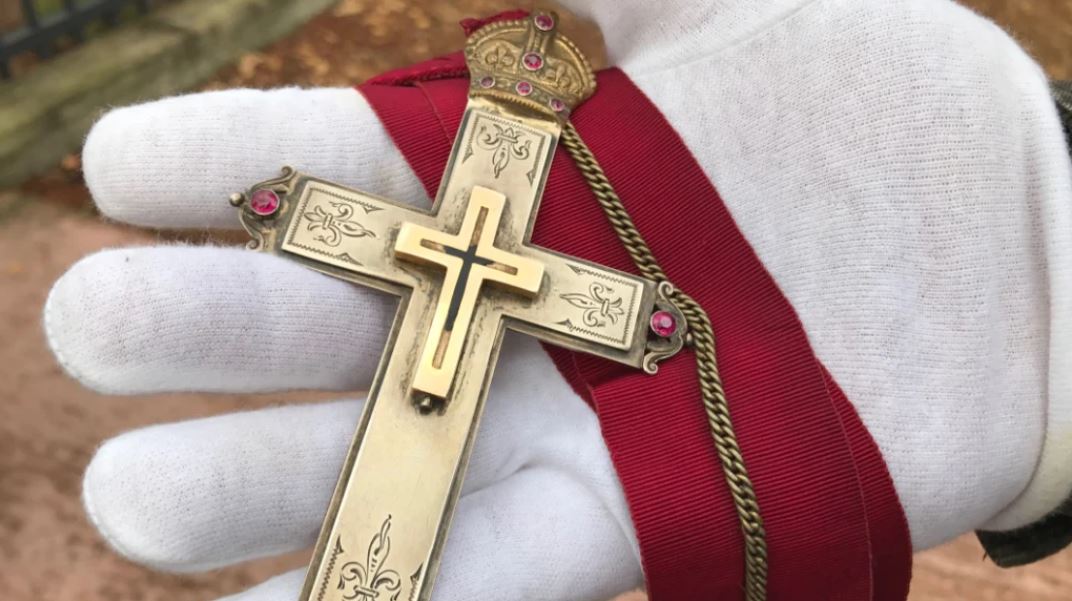 It is a gold cross about the size of a mobile phone.

It weighs about the same. But when you look closely, you can see two distinct gold cruciforms.

There is the smaller, uncluttered gold cross less than three centimetres in length with dark timber markings in the centre.

Christians believe these markings are slivers from the cross on which Jesus Christ was crucified, believed to have later been rediscovered by St Helena in Jerusalem in roughly AD326.

This is the orginal gold cross that was given to the city’s “architect of Anzac Day”, canon David Garland, in 1920 when he was the British Forces senior war chaplain based in Jerusalem at the end of World War I.

The smaller cross is set on a larger one made of gold from Townsville, courtesy of a thankful Brisbane Orthodox Greek community who, in 1924, raised money and asked a Brisbane jeweller to adorn it with rubies from Ruby Vale.

Englishman David Ratcliff and daughter Liz Binks are the direct descendents of Mr Garland and visited Brisbane for a week, with the cross, for talks about bringing it home permanently.

“He was padre in the Australian Army who went to the Middle East in 1917 and he became a volunteer army chaplain and given the rank of Lieutenant-Colonel in order to do this work,” Mr Ratcliff said.

Read the article by Tony Moore in The Age.