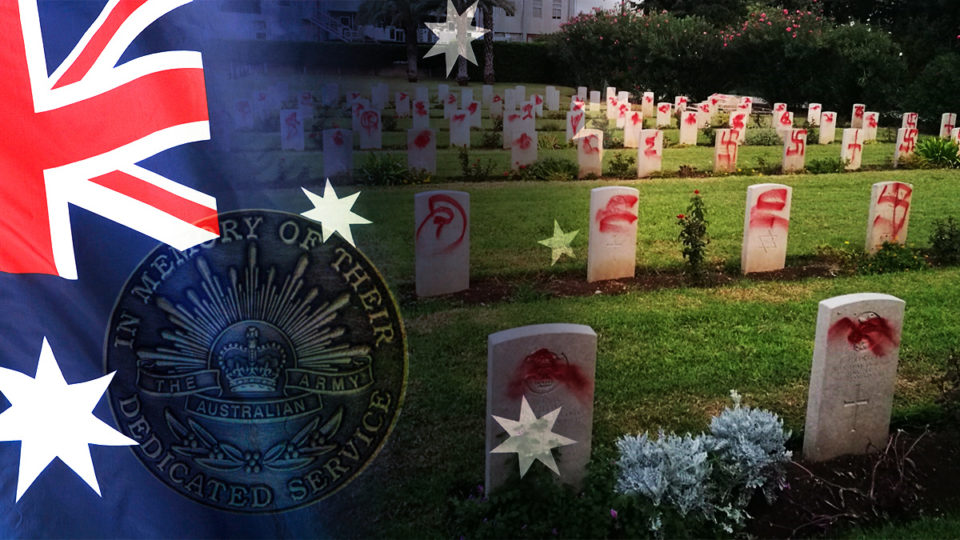 Up to 16 graves of Australian diggers were among dozens spray-painted with swastikas in a disturbing anti-Semitic attack overseas, it can be revealed.

Israel has called the attacks on the cemetery in the city of Haifa an “abhorrent” hate crime, as the country’s Prime Minister Benjamin Netanyahu vowed the perpetrators would be brought to justice.

It follows recent attacks on graves across New South Wales and Victoria.

The New Daily has also confirmed graves of Australian soldiers who died in the First and Second World Wars are not being monitored by security cameras.

Graves of soldiers from Commonwealth countries are found at 23,000 locations across the world.

None of the sites have been fitted with CCTV, with Commonwealth War Graves Commission hopeful in the past that nobody would stoop so low as to damage memorial sites.

The security of Australian war graves has been under question at a local council level amid spates of vandalism.

In one recent case in September, the Shoalhaven City Council on the NSW south coast said it would consider security options as part of a CCTV review after the destruction of five military servicemen’s graves at Nowra.

A spokesman for the Commonwealth War Graves Commission told The New Daily the attacks – believed to have been confined to Plot B in a secluded part of the Haifa cemetery – were being treated with the “utmost seriousness” by Israeli authorities.

Read the article by Andrea Hamblin in The New Daily.