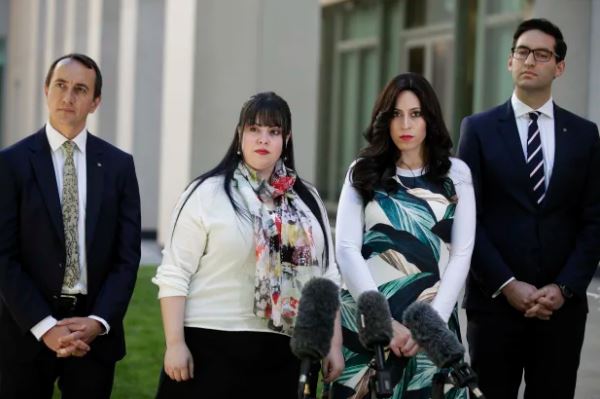 The Prime Minister met two of the former Melbourne school principal’s alleged victims on Wednesday, as Labor and Liberal backbenchers united to demand she be brought back to face justice.

Mr Morrison said the case should be resolved quickly and transparently and would raise the issue with the incoming Israeli government, which remains in a state of flux following recent elections. He has previously raised it with Israeli counterpart Benjamin Netanyahu.

“Australia is a strong and committed friend and partner of Israel,” Mr Morrison said.

“That friendship is based on many things, including our shared commitment to justice, democracy and the rule of law.

“The Australian Government will be unswerving in seeking justice in this matter.”

Ms Leifer, 52, faces 74 counts of sexual assault over claims she abused at least eight students while principal of the ultra-orthodox Adass Israel School between 2001 and 2008.

She fled to Israel in 2008 before she could be charged and since 2014 fought extradition requests. with 60 court hearings on the matter.

Prosecutors claim she is faking mental illness to avoid extradition, with a judge setting a December deadline for further psychiatric reports on whether she is fit to stand trial.

Mr Morrison praised the courage of sisters Dassi Erlich and Nicole Meyer following his meeting with them.