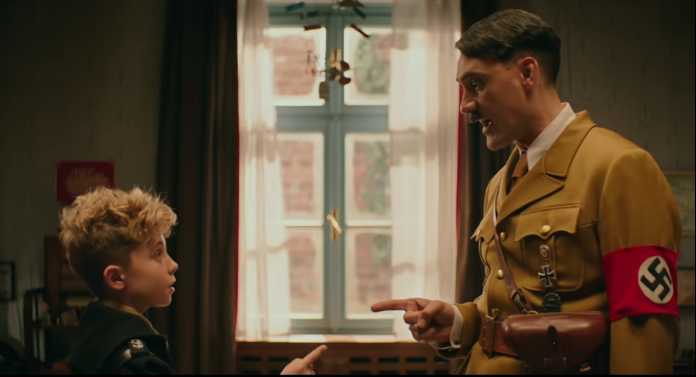 The director together with the film’s producer, Carthew Neal, and some of the movie cast, Roman Griffin Davis, Thomasin McKenzie and Alfie Allen, took some time off from their busy schedule to have a chat with Deadline’s The Contenders London. Waititi told the news outlet that the conception of the movie began in 2010 with the book that his mother was reading, a book called Caging Skies by Christine Leunens.

Waititi said that he read the book. It was about a boy who was “indoctrinated to Hitler youth”. He found out that his mother was hiding a Jewish girl in the attic. But since the boy did not have any chance to meet a Jew in person, what he had in mind were the images in the books and propaganda which are being handed out to children. He was imagining a monster in the attic and tried to consider what to do with it. Waititi, of course, added a bit of his humor to the story.

The director, who also played Adolf Hitler in the film, answered the question of why he added the controversial character. He cleared that Hitler in the film just only comes from the imagination of the title character, Jojo, and the possibility of what the boy could become. He said that he would like to show the audience that version of Jojo who gives the younger boy terrible advice and tries to pull him again to the dark side despite changing for the better while getting closer to the Jewish girl.

Read the article by Jam De La Cruz on Best in AU.