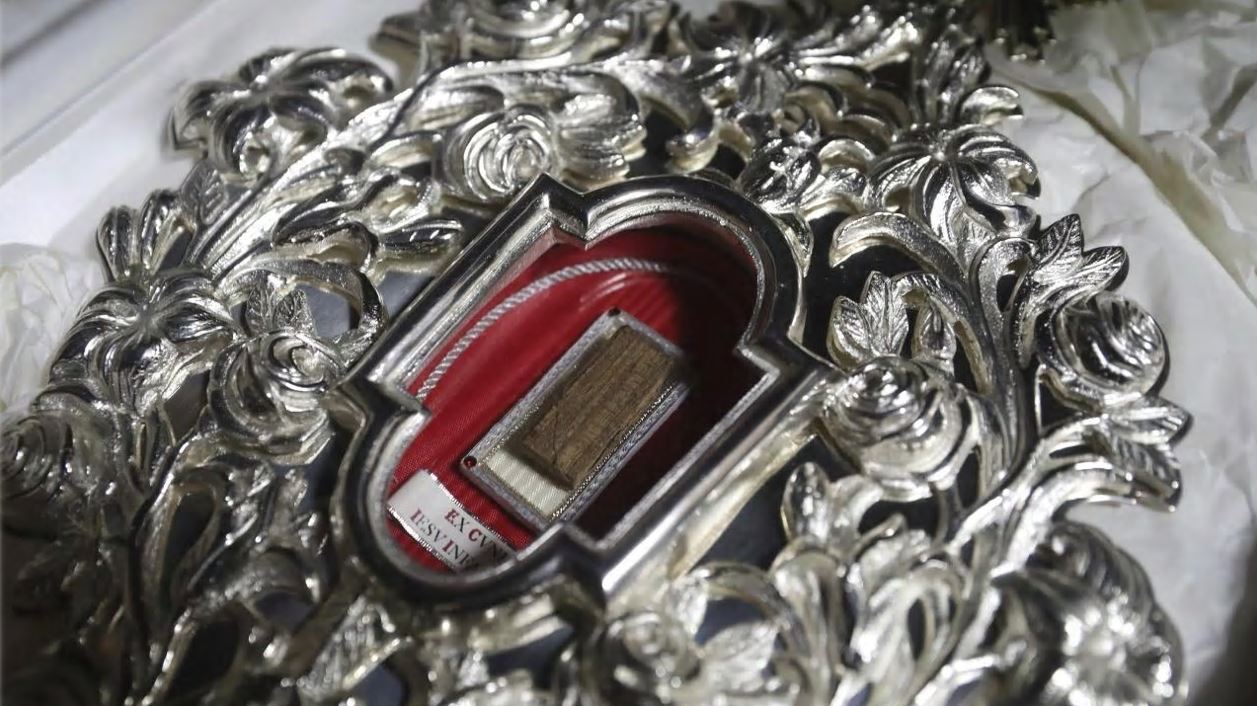 1400 years on, relic believed to be from Jesus manger arrives in Bethlehem

A tiny wooden relic that some Christians ­believe to be part of Jesus’s manger has arrived in its permanent home in the biblical city of Bethlehem 1400 years after it was sent to Rome as a gift to a pope.

Cheering crowds greeted the ornately encased relic with much fanfare before it entered the Franciscan Church of St Catherine next to the Church of the Nativity, the West Bank holy site where tradition says Jesus was born.

The return by the Vatican of the relic was a spirit-lifting ­moment for Palestinians, a small minority of whom are Christian. It coincides with ­Advent, a four-week period leading up to Christmas.

Troubled Bethlehem in the Israeli-occupied West Bank is preparing for the occasion, where pilgrims from around the world flock to the city.

Young Palestinian scouts played bagpipes and the crowd snapped pictures as a clergyman held the silver reliquary and marched towards the church.

Brother Francesco Patton, the custodian of the Franciscan order in the Holy Land, said Palestinian Authority President Mahmoud Abbas had asked the Pope to borrow the entire manger, but he had decided to send a tiny portion of it to stay permanently in Bethlehem.

“It’s a great joy” that the piece returns to its original place,” Brother Patton said, according to Wafa, the official Palestinian news agency.