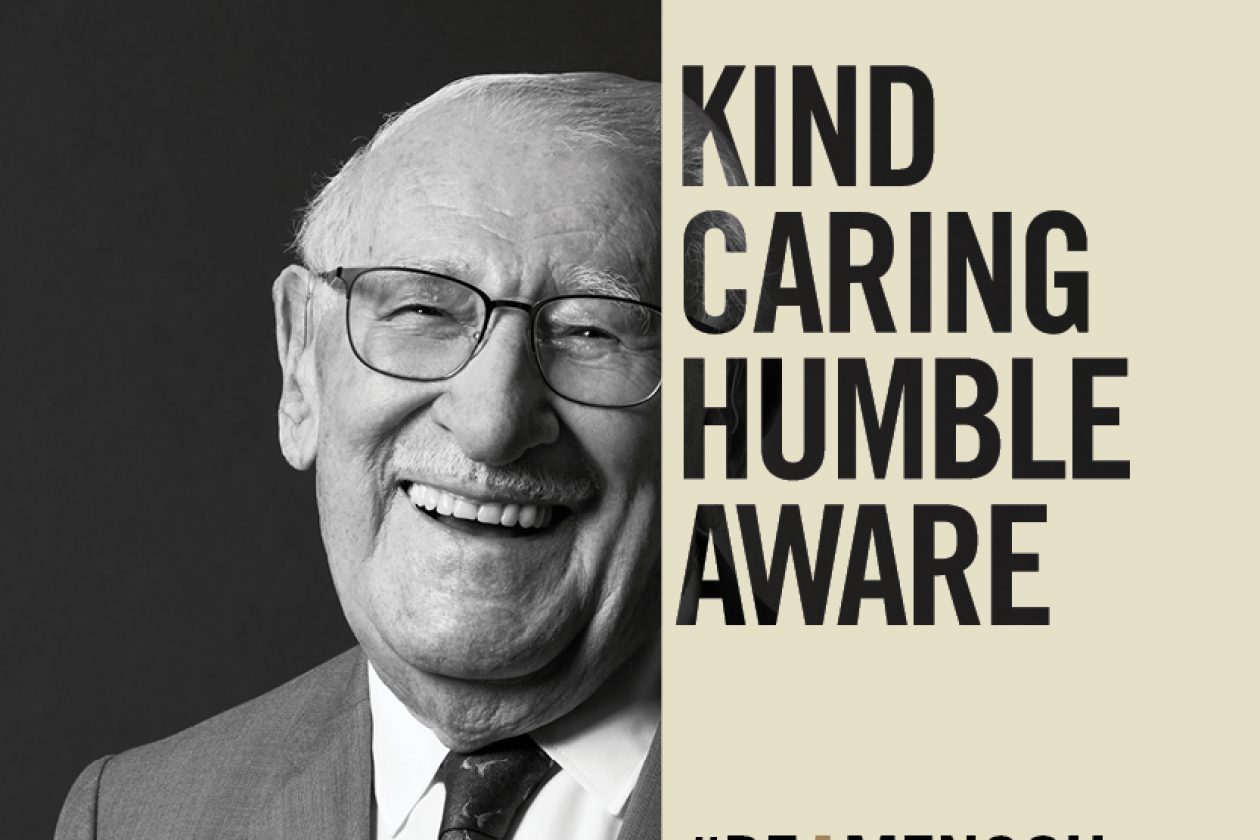 The Sydney Jewish Museum has launched a campaign today in honour of Human Rights Day, titled ‘Be A Mensch’.

Mensch is a yiddish term for a person of integrity, morality and dignity, with a sense of what is right and responsible. The campaign brings this term into the 21st century by using it to encourage people to practise small acts of kindness on an everyday basis to make the world a more accepting and welcoming place.

The Sydney Jewish Museum has created the campaign to remind people of the lessons from the Holocaust relevant in today’s society and, in turn, inspire people to do more for their community.

The creative features several Holocaust survivors and prolific community leaders in Sydney. Those involved include:

Read the article by Zoe Wilkinson in Mumbrella.