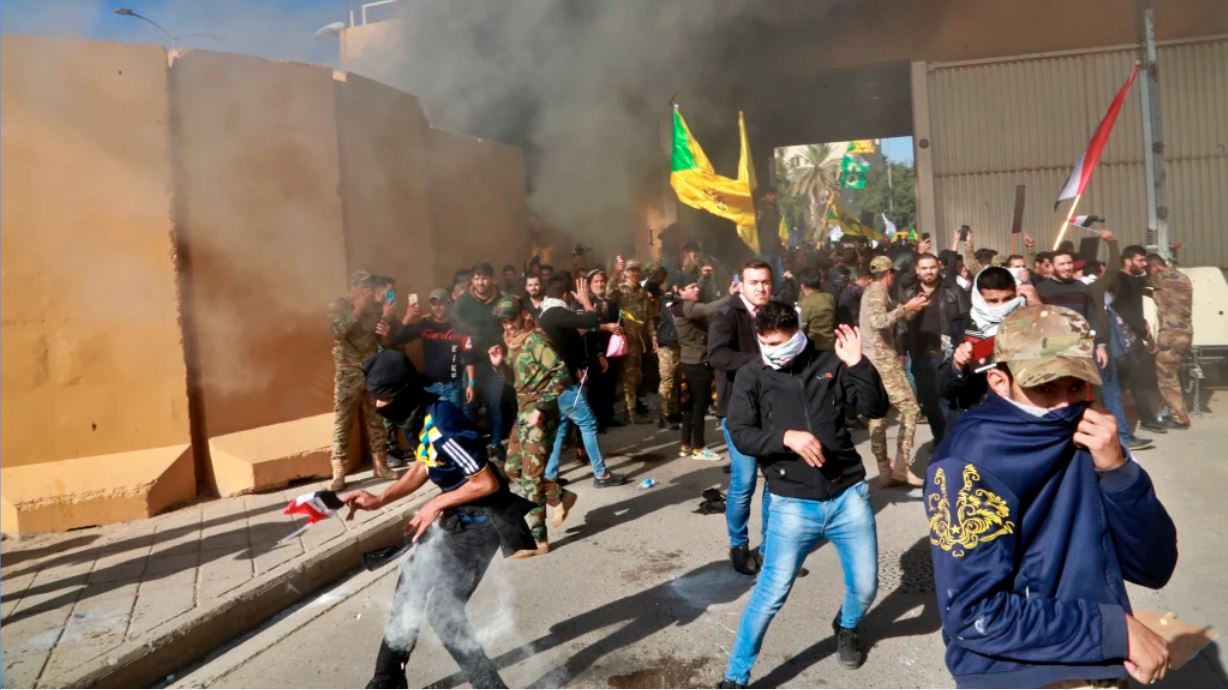 Iraq threatens to retaliate after US air strikes

Beirut: Tensions have soared between Washington and Baghdad as officials traded accusations over American air strikes against Iranian-backed militias based in Iraq and Syria.

The Iraqi government condemned the Sunday attacks as a violation of the country’s sovereignty and said it would review its relationship with the United States. US officials said the Iraqis had failed to protect American troops and diplomats, and characterised the strikes as “defensive” in nature.

The strikes against Kataib Hezbollah, in which 25 militia members were killed and more than 50 injured, threaten to drag Iraq further into a proxy conflict between the United States and Iran.

But the outrage from Iraqis across the political spectrum, as well as threats of retaliation, also underlined the United States’ growing isolation in Iraq and called into question the continued viability of about 5000 American troops left in the country after fighting against Islamic State.

Read the article by Mustafa Salim, Liz Sly and Carol Morello in The Sydney Morning Herald.