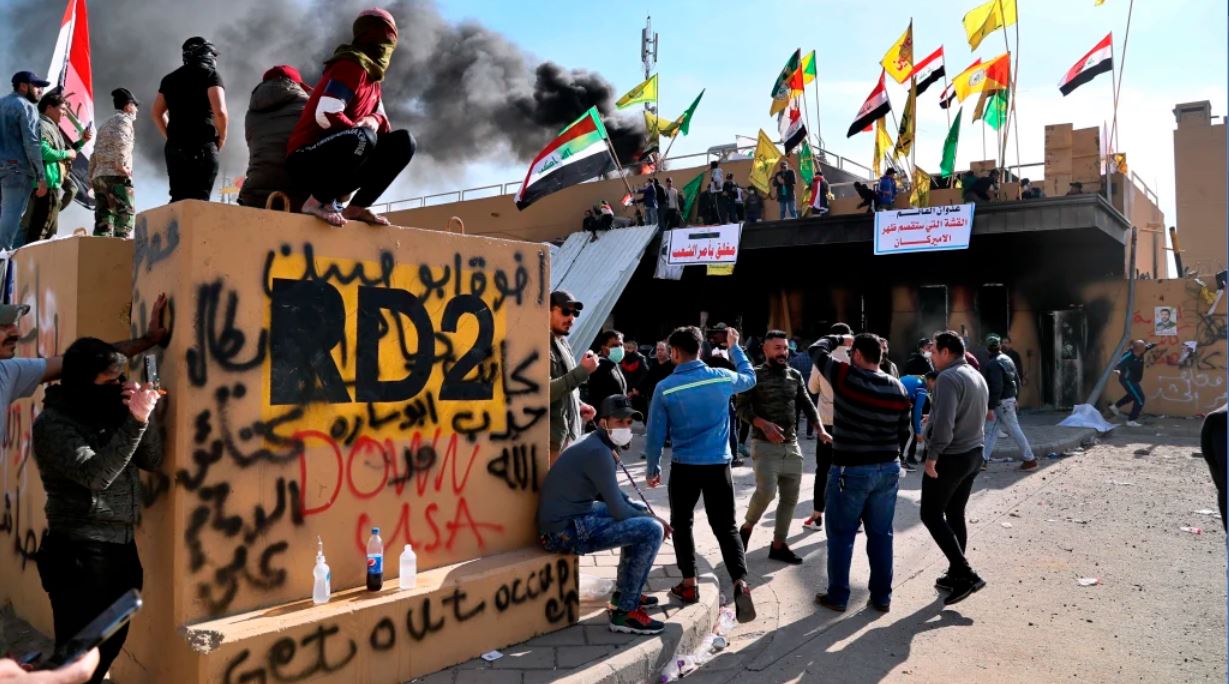 US troops fire tear gas at pro-Iran protesters in Iraq

Baghdad: US troops fired tear gas as Iran-backed militiamen and other protesters gathered outside the American embassy in Baghdad for a second day on Wednesday.

The militiamen and their supporters had camped out at the gates of the embassy overnight, a day after they broke into the compound, trashing a reception area and smashing windows before pulling back. It was one of the worst attacks on a US diplomatic mission in years.

The US Marines guarding the embassy fired tear gas as more crowds arrived and after the protesters lit a fire on the roof of the reception area. Smoke rose from the building.

The protesters began withdrawing from the perimeter on Wednesday afternoon and moving to a protest camp in front of a nearby hotel.

A small group remained and said they would not leave until US forces were expelled from Iraq.

The militiamen were protesting deadly US air strikes that targeted an Iran-backed militia at the weekend, killing 25 fighters. Those strikes were in response to a rocket attack on an Iraqi army base that killed a US contractor.

The violence comes as Iran and its allies have faced unprecedented mass protests in recent months and after heavy US sanctions on Iran that have cratered its economy and raised tensions across the region. In Iraq, the protesters have been angered at their own government’s corruption and economic mismanagement, as well as its close ties to Tehran.

US President Donald Trump blamed Iran for the attack on the embassy and Defence Secretary Mark Esper later announced the immediate deployment of an infantry battalion of about 750 soldiers from the Army’s 82nd Airborne Division to the Middle East. He did not specify their destination, but a US official familiar with the decision said they would go to Kuwait.

Read the report in The Sydney Morning Herald and The Age.