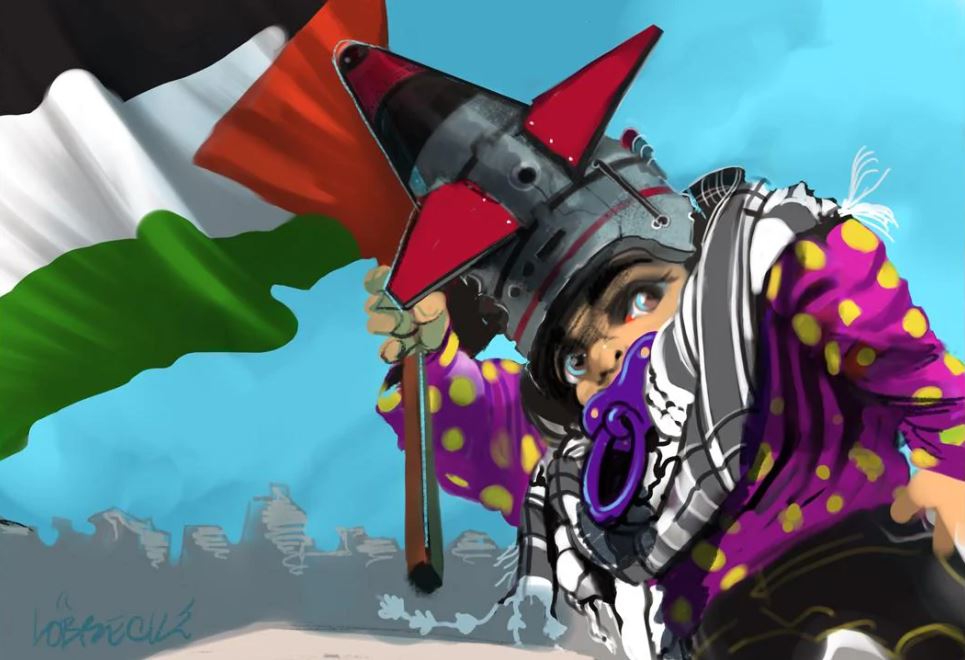 What does it mean for a little boy to be “ammunition”?

That is the question the UN Human Rights Council, UNICEF and every Palestinian family should be asking now that Mahmoud Abbas’s Fatah has declared that Palestinian boys should forget toys, forget childhood and forget having a future — because they are merely “ammunition” and destined for “martyrdom”.

That is the unimaginable message that Palestinian Media Watch uncovered in a tale recited by a young Palestinian girl in a video that Fatah posted on its official Facebook page.

The tale starts with a little boy excitedly awaiting a gift that his mother promised him for finishing his food.

However, his mother shocks him: instead of handing him a toy she hands him a rifle.

“He shouted loudly: ‘O Mummy! Mummy! What is this? Is this the gift?’

“She picked him up, hugged him, and said: ‘My son, we were not created for happiness … They are cursed. Jerusalem is ours, our weapon is our Islam, and our ­ammunition is our children. And you, O my son, are meant for ­martyrdom.”

Is this anything but child abuse? Fatah is using social media giant Facebook to tell its quarter-million Palestinian followers that Jerusalem is “theirs”, that Islam is the “weapon”, and that Palestinian boys are the “ammunition”.

And, shockingly, this advice is coming from the person who should be a child’s champion, defender and source of security: his mother.

But the story doesn’t end here. After the boy’s spontaneous and normal reaction of fear (“the boy complained to his pillow, for he is too young for these things”), he dreams that a bride — Jerusalem — calls to him personally to come and free her: “O my knight, release me from the handcuffs.”

Read the article by Itamar Marcus in The Australian.