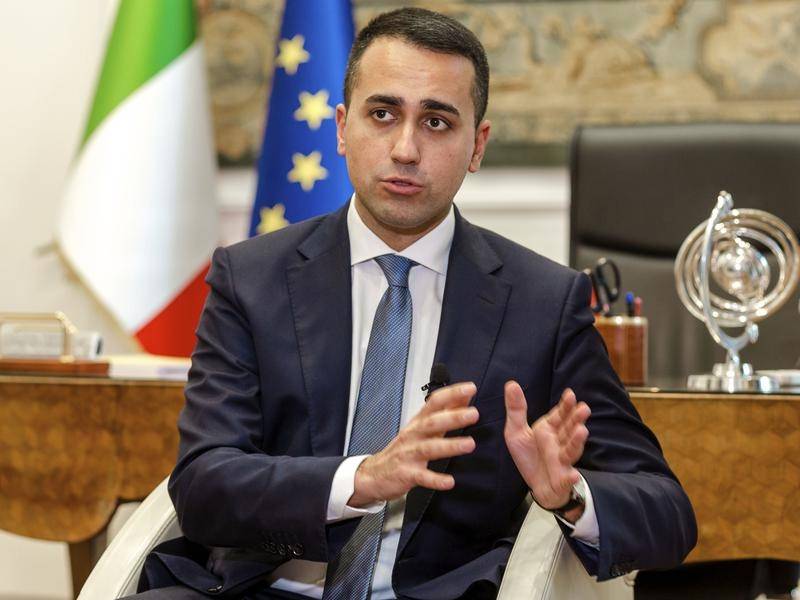 Italy wants to shift but stay in EU orbit

Italy isn’t looking to leave the European Union but wants reforms that would shift the Britain-less bloc’s “centre of gravity” away from bureaucratic institutions in Brussels to elected bodies like the European Parliament, the Italian foreign minister says.

In a wide-ranging interview with The Associated Press on Tuesday, Foreign Minister Luigi Di Maio also expressed incredulity at a recent survey showing a significant jump in the percentage of Italians who don’t believe the Holocaust happened.

Di Maio, a leader of the populist Five-Star Movement that has had a role in governing Italy since mid-2018, deplored the rise of anti-Semitic incidents in his country and described Holocaust deniers as an “enormous problem.”

His Movement became the largest force in the Italian Parliament two years ago but slumped badly in EU parliament elections, regional elections and in opinion polls last year.

Asked about the potential power of populists to pull more member nations out of the EU now that the UK has departed, Di Maio defended the Five-Star brand of populism. He said: “in some way we have tried to intercept the anger of the people,” but he insisted populists haven’t “fuelled hatred.”

A survey by the Italian think-tank Eurispes last week showed 15.6 per cent of respondents saying they don’t believe the Holocaust happened, a steep jump from the 2.7 per cent who held that view in 2004.

Read the article in the Moree Champion (AAP).