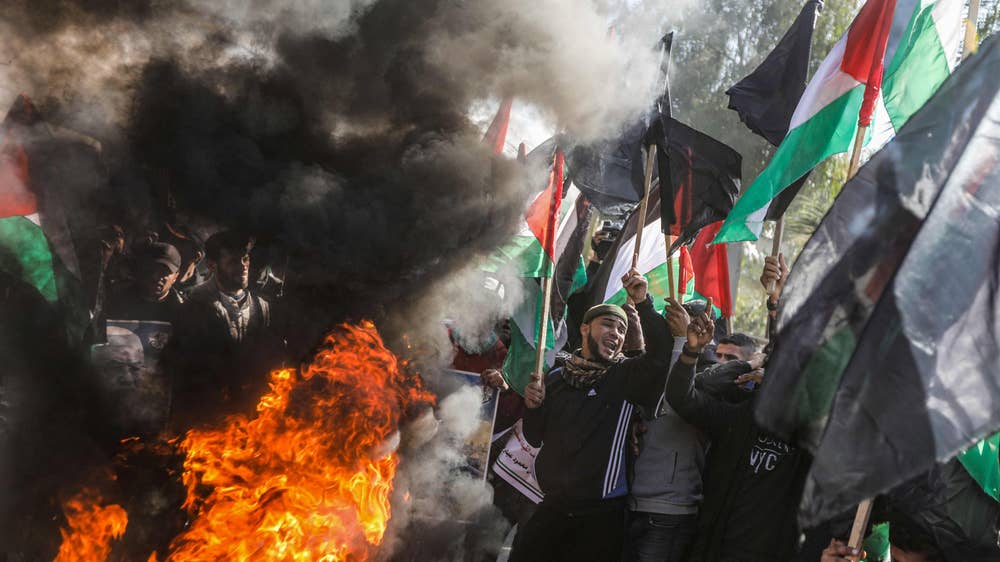 At least two Palestinians have been killed in the occupied West Bank and 16 Israelis hurt in a surge of violence that erupted amid Palestinian anger at a US peace plan.

In Jerusalem, an Arab citizen of Israel was killed after he shot and slightly wounded an Israeli paramilitary border policeman at an entrance to the walled Old City, Israeli authorities said.

The peace proposal announced by US President Donald Trump on January 28 would give Israel most of what it has sought during decades of conflict, including the disputed holy city of Jerusalem and nearly all the occupied land on which it has built settlements.

With violence on the rise, the Israeli military said it was sending reinforcements to the West Bank, where Israeli troops in the city of Jenin shot dead a 19-year-old man during clashes.

Palestinians said he had thrown rocks at soldiers who came to demolish the home of a Palestinian involved in the 2018 killing of a Jewish settler.

Read the report by Maayan Lubell and Ali Sawafta, Reuters in The Weekly Times.