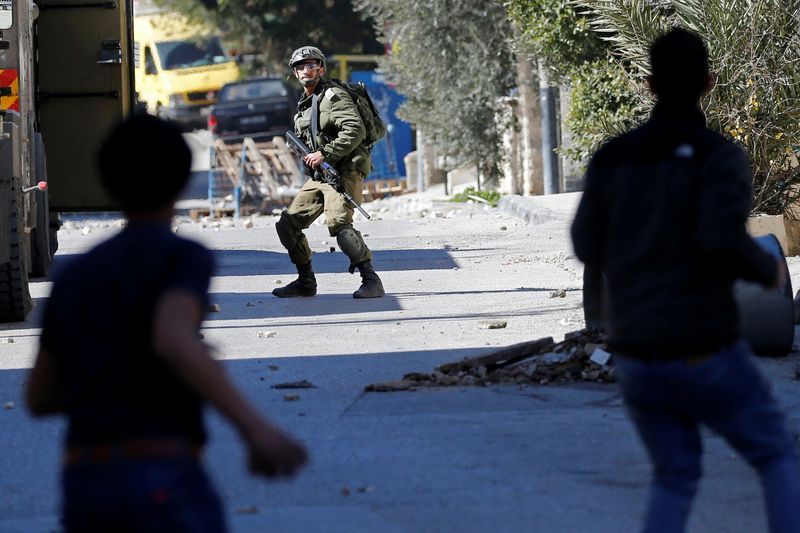 Palestinian, US in violence blame game

Palestinian and US leaders have blamed each other for a surge of violence as mourners gathered in the occupied West Bank for the funeral of a Palestinian police officer shot dead during unrest, and Israel has tightened security before Friday Muslim prayers.

Tension were high a day after two Palestinians were killed and 16 Israelis injured amid Palestinian anger at US President Donald Trump’s Middle East peace plan, unveiled last week with Israel’s prime minister at his side.

A funeral was held on Friday in the West Bank village of Azzun for a Palestinian police officer who was shot dead in Jenin the previous day.

Palestinian authorities said he was killed by Israeli gunfire. Israeli officials did not comment and Israeli media reported he was shot by troops by mistake.

Palestinians have rejected the peace plan, which would give Israel most of what it has sought during decades of conflict, including the disputed holy city of Jerusalem and nearly all the occupied land on which it has built settlements.

Palestinian negotiator Saeb Erekat said Washington was to blame for the unrest unleashed since the plan was unveiled.

“Those who introduce plans for annexation and the legalising of occupation and settlements are really responsible for deepening violence and counter-violence,” he said.

Read the article by Stephen Farrell in the Mercury and the Cootamundra Herald.