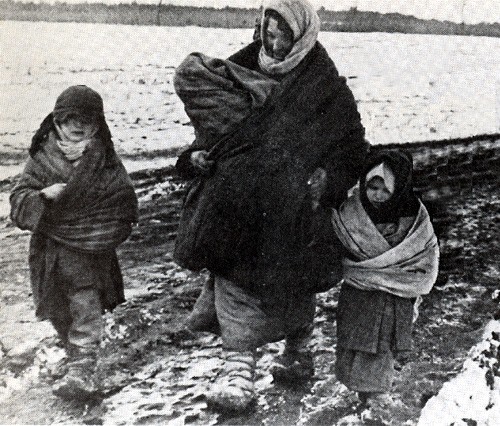 Remembering the Forgotten Holocaust of February 10

This year marks the 80th anniversary of the deportation of 2,636,000 Polish people to the inhospitable wastelands of the Siberian Tundra to be enslaved, starved, repressed and murdered in ‘special settlements’ and ‘forced labour camps’ by the communist regime of the Soviet Union.

The United Nations will not recognise the event, nor World leaders condemn; there will be no marches, no memorials or other events across the globe remembering this Forgotten Holocaust – the silence of the media will be deafening. Of the unspeakable suffering and loss: No one recalls! No one mourns! No one acknowledges! No one commemorates!

Not one person who ordered, organised, aided and abetted, or condoned the actions of the Soviet terror machine and the actions (and inactions) of the Allies has ever been outed, apprehended, charged, indicted, tried, or convicted of any wrong doing against the Polish peoples.

10 February 1940 was one of the coldest winter nights on record (about -30C); families were woken in the middle of the night and given no more than 15 minutes to pack. Their property seized, evicted from their homes and marched at gunpoint to waiting trains, 50 to 60 men, women and children at a time were herded and crammed into box cars to be transported in their thousands to Siberia.

So began the ‘Forgotten Holocaust’.

Read the article by George Helon in The Chronicle.