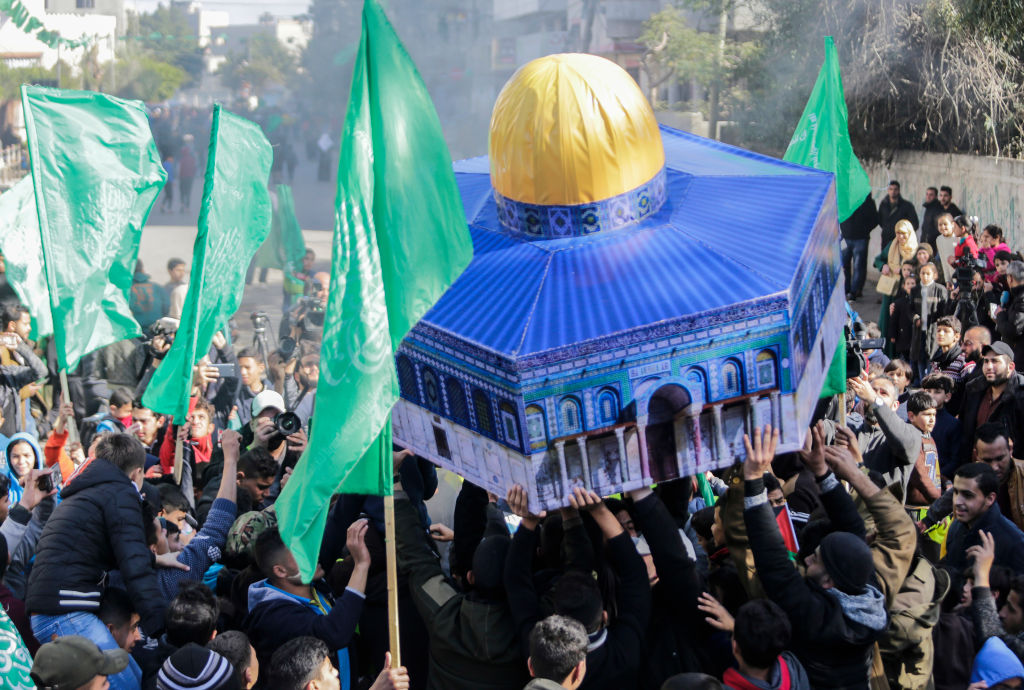 Enough time has passed to read and digest all 180-plus pages of what the US government calls ‘Peace to prosperity: A vision to improve the lives of the Palestinian and Israeli people’. It’s also referred to (sometimes derisively) as ‘the deal of the century’. Or, more neutrally, it’s described as the latest American peace plan for the Middle East.

Except it is not. The proposal—overseen by White House Senior Adviser Jared Kushner, President Donald Trump’s son-in-law, and released by Trump on 28 January—isn’t a plan for peace. If it were, it would not have been developed by the United States and Israel without meaningful Palestinian input. It would not have been released with a just-indicted Israeli Prime Minister Benjamin Netanyahu standing by Trump’s side, in the midst of the US president’s impeachment trial and a re-election campaign, in front of a staunchly pro-Israel audience. Peace is meant to be between two peoples, not two people.

To be fair, the plan does include a number of desirable features. It calls for two states, the only approach that could satisfy Palestinian nationalism and allow Israel to remain democratic and Jewish. It allays Israeli security concerns. And it is realistic: it recognises that the more than one million Palestinian refugees can be accommodated only in a Palestinian state and that the large settlement blocs containing hundreds of thousands of Israelis must become part of Israel.

Even this state-minus would be hard-pressed to come into existence. The plan requires the Palestinian entity to be a full democracy with world-class financial institutions before it could become a sovereign state. The entire country, including Hamas-controlled Gaza, would need to be demilitarised. Israel would determine when the Palestinian state had fulfilled these criteria. This is a recipe for a state in principle but not in practice.

Just as important is what the plan does not include: a process for realising it. Instead, Kushner is counting on Arab states, fed up with the Palestinians and quietly working with Israel to counter Iran, to pressure the Palestinians into accepting his offer.

Read the article by Richard N. Haass is president of the Council on Foreign Relations and author of A world in disarray on The Strategist.