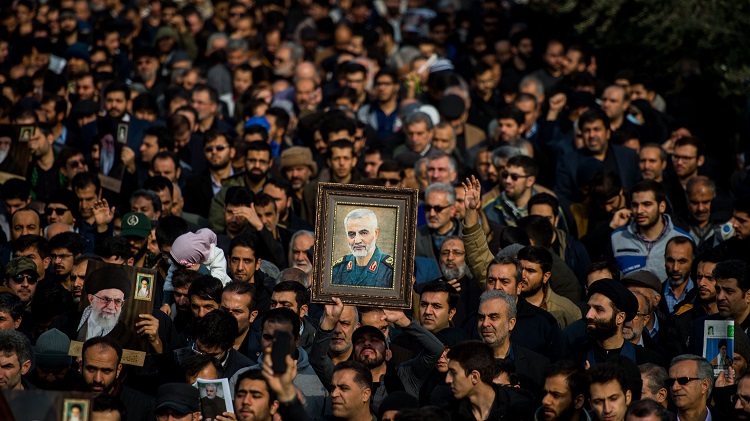 Striking Back at Iran: A Look at the Situation Within

The assassination of Qassim Soleimani, a major general in the Iranian Islamic Revolutionary Guard Corps (IRGC) and commander of the Quds force since 1998, is one of the most geopolitically significant topics of 2020. The IRGC is Iran’s second military, which maintains a focus on internal security. It consists of more than 150,000 troops in in its land, sea and air forces, who receive a higher level of training and better weaponry than the regular army. The leader of Iran’s Islamic Revolution, Ayatollah Khomeini, foresaw the need for this army to prevent a coup d’état by the regular army, which he feared could have been loyal to the Shah at the time of the revolution. Consequently, the IRGC does not answer to the government, but to the Supreme leader, currently Ayatollah Khamenei. In other words, President Hassan Rouhani has no authority over IRGC. The Quds force, on the other hand, consists of elite troops and intelligence units that conduct foreign operations. The most important aspect of the Quds force is the great autonomy that it enjoys compared to the other Iranian forces.

Soleimani’s position allowed him to build close ties with the supreme leader and to control Iran’s regional policy-making process. That position added to his popular personal standing after his exploits during Iran’s eight-year war with Iraq in the 1980’s. As the leader of the Quds force, Soleimani succeeded in creating a regional intelligence network, as well as a multi-national network. He caused the US and its regional allies many problems. Those factors saw him become powerful enough to be seen as second only to Khamenei, who constantly referred to him as a “living martyr”. In other words, General Soleimani was more important than the Iranian president.