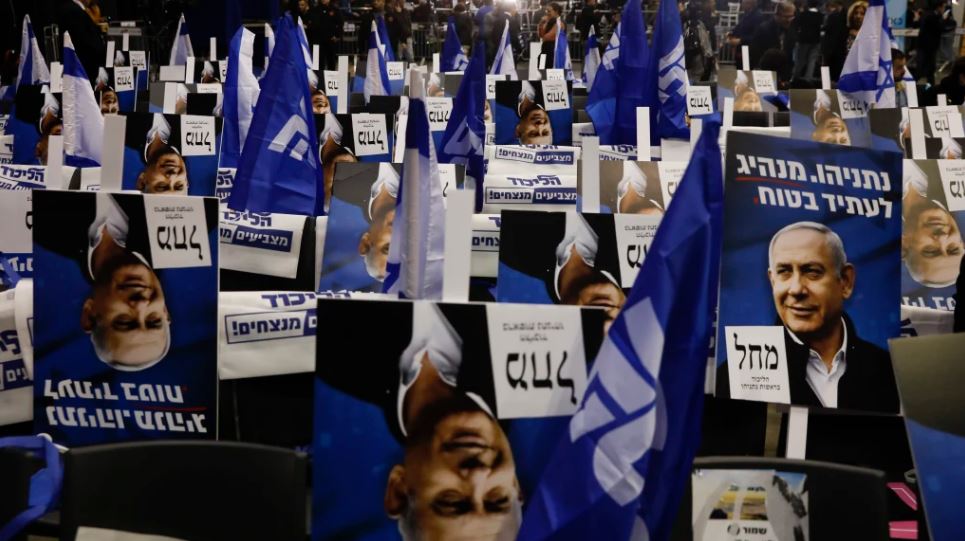 Netanyahu declares victory in Israel’s third election in a year

Tel Aviv: Shrugging off his looming criminal trial, Israeli Prime Minister Benjamin Netanyahu claimed victory after exit polls indicated he led his Likud Party to a first-place finish in the election, the country’s third in less than a year.

But it wasn’t yet clear whether Likud and its allies would marshal a majority in the 120-seat parliament, or Knesset, which Netanyahu would need to govern.

“A giant victory for Israel,” Netanyahu, 70, tweeted after the projections were released.

And his apparent triumph, if projections are borne out by official results, could plunge the country into a constitutional crisis over whether a leader facing felony corruption charges should be allowed to form a government.

The 70-year-old Prime Minister – a polarising figure whose long political career has brought him adoring supporters as well as furious critics – sounded ebullient over the results.

“We won, thanks to our belief in our path,” he wrote on Twitter early on Tuesday. Flag-waving supporters gathered at Likud headquarters to celebrate.

By contrast, the mood was gloomy at the headquarters of his rival Benny Gantz’s Blue and White party, although the ex-military chief did not immediately concede defeat. On Twitter, he thanked his supporters, but in subdued tones.

“I will continue to fight on your behalf,” wrote Gantz, who tried to make a case to voters that Netanyahu was morally unfit to serve, but was criticised for a lacklustre campaign.

Read the article by Noga Tarnopolsky and Laura King in WAToday.