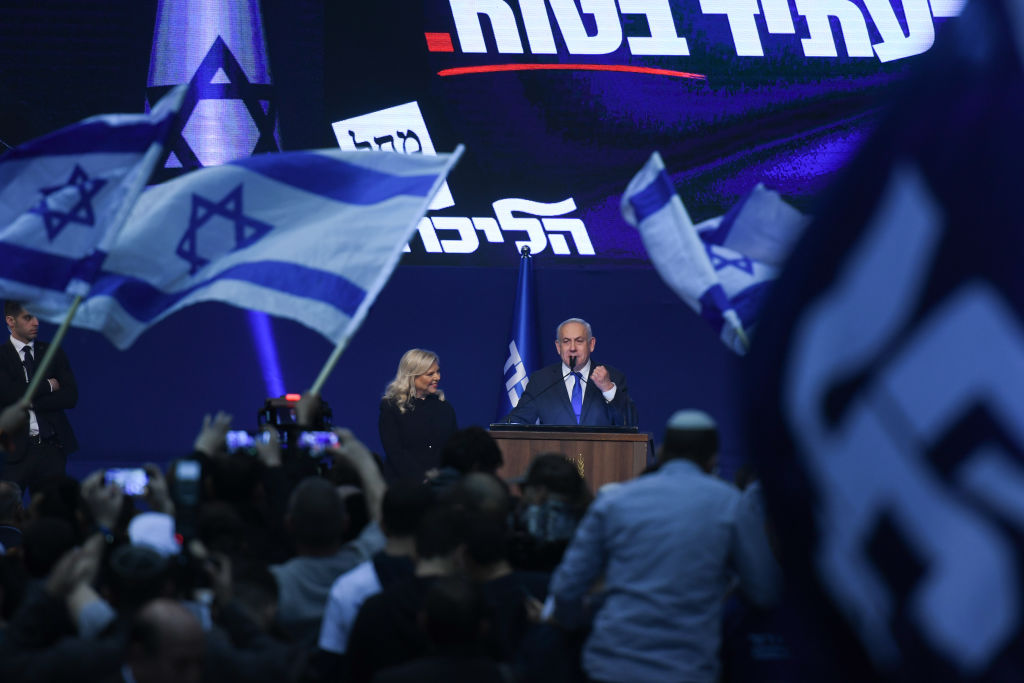 Israel’s third electoral showdown in a year was not kind to Prime Minister Benjamin Netanyahu. Even though his right-wing bloc of ultra-Orthodox and nationalist parties won more seats in parliament than the centre-left bloc headed by former army chief Benny Gantz, he still lacks the parliamentary majority required to form a government. This result does not bode well for Israeli democracy.

Israel may well be trapped in limbo for months to come. Netanyahu’s 58-seat bloc is a cohesive and coherent alliance, unlike the 55-seat opposition bloc. Comprising Gantz’s Blue and White coalition, the Labor–Meretz Alignment, and the Joint List alliance of Arab-majority political parties, the latter could hardly serve as the basis for a new government, even if it held a majority of the Knesset’s 120 seats.

The Gantz-led bloc could nonetheless still prevent Netanyahu from forming a government, especially if Avigdor Lieberman—the leader of Israel Our Home party, which won seven seats—sticks to his pledge never to join the Likud-led coalition. But one wonders whether a self-proclaimed enemy of the Arab-Israeli ‘fifth column’, who has advocated transferring Israel’s Arab citizens to a Palestinian state, would ever side with an opposition that includes the Arab Joint List.

Whatever the outcome, the vote has sent a sobering message about the state of Israeli democracy. With Netanyahu facing trial for bribery, fraud and breach of trust, the fact that he has even come close to winning a record fifth term in office is deeply troubling. And yet, in some ways, it is the natural upshot of Netanyahu’s nearly 15 years of systematically subverting Israel’s democracy.

Israeli politics are notoriously red in tooth and claw. And yet Netanyahu’s most recent electoral campaign may have been one of the dirtiest in the country’s history. He shamelessly smeared Gantz and the liberal media, flagrantly propagating fake news, malicious leaks and unsubstantiated rumours. He unapologetically pitted Jews and Arabs against each other. And he lambasted the law-enforcement officials whom he himself had appointed, claiming that their efforts to hold him accountable for his crimes amount to an ‘attempted coup’.