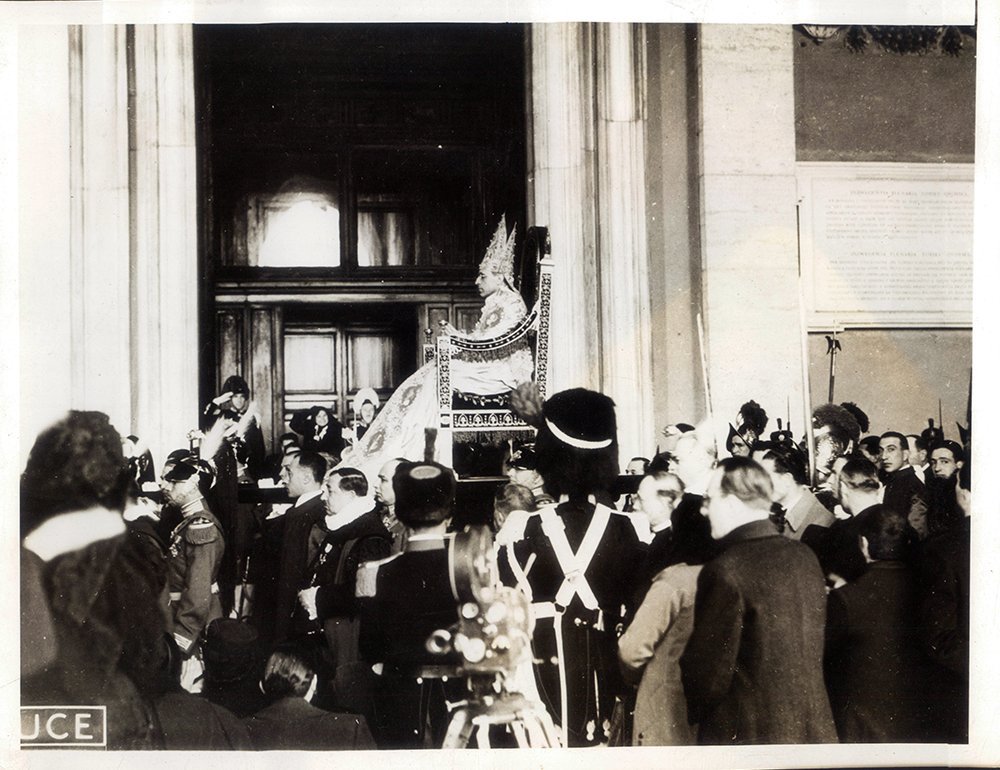 Jewish-Catholic Relations: Hopes a Gift of Photos from a Papal Coronation will open a Path for Healing

The envelopes Howard Shulman carried into the Catholic Diocese of Raleigh contained dozens of printed black-and-white photos of all sizes.

There were images of St Peter’s Square, of Swiss guards stationed outside the Sistine Chapel, of white smoke billowing out of the roof signaling a pope had been elected, and of the new Pope sitting on his throne.

All dated 1939, the photos, plus a folder stuffed with negatives, document the coronation of Pope Pius XII, elected just six months before the outbreak of World War II. They were shot by Samuel (Sammy) Schulman, a professional photographer from New York City who worked for International News Photos, which later came under United Press International (UPI).

Schulman, who was Jewish, was the only US photographer credentialed by the Vatican to cover the coronation of Pope Pius XII.

When he died in 1980, Schulman’s photos came into the possession of his son-in-law, Howard Shulman, who is also Jewish.

Shulman didn’t know it at the time, but his choice to donate the photographs came just as Pius XII was coming back into the spotlight.

Last month, the Vatican announced 2nd March as the date it would open its archives and allow researchers to scrutinize the archives of Pius XII. (The opening has now been pushed back to April due to the coronavirus pandemic.)

For decades, the Catholic Church has been fighting perceptions that the wartime pope was publicly silent about the murder of six million Jews during the Holocaust. Critics have argued he also did little behind the scenes to stop Nazi atrocities. His supporters insist that after the Nazi invasion of Italy he secretly ordered Catholics all over Europe to hide Jews in churches, convents and monasteries.

The archives, it is hoped, may help shed light on his motivations.

Shulman, who was 92 and widowed last year, has no bone to pick in the ongoing controversy over Pius XII’s wartime conduct.