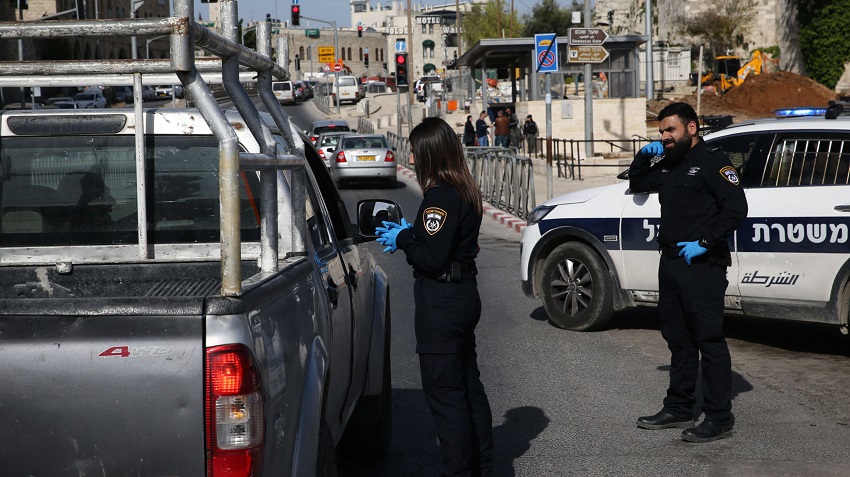 JERUSALEM - MARCH 26: Israeli border police control the national identity card of drivers as they stand guard around the Damascus Gate as part of precautions of the new type of coronavirus (COVID-19) pandemic at Old Town in Jerusalem on March 26, 2020. (Photo by Mostafa Alkharouf/Anadolu Agency via Getty Images)

Israel will deploy its army to assist police on street patrols to enforce a lockdown against the coronavirus epidemic, the military says.

About 500 troops will join police squadrons from Sunday to help “in patrolling, isolating and securing certain areas, blocking routes and additional similar assignments”, the military said in a statement.

Israel has reported more than 3000 infections and 10 deaths from the illness.

This week, authorities tightened a partial lockdown, requiring citizens to stay within 100 metres of home and setting sanctions for defying rules.

Israelis have been told to stay home where possible, schools have been shut and many businesses have closed, prompting more than 500,000 lay-offs.

Police have set up roadblocks to enforce curbs on movement and break up gatherings.

Military troops will not be armed and “would be in a support or auxiliary position, supporting the Israeli police” under the new measures, Lieutenant-Colonel Jonathan Conricus said in a briefing this week before the announcement.