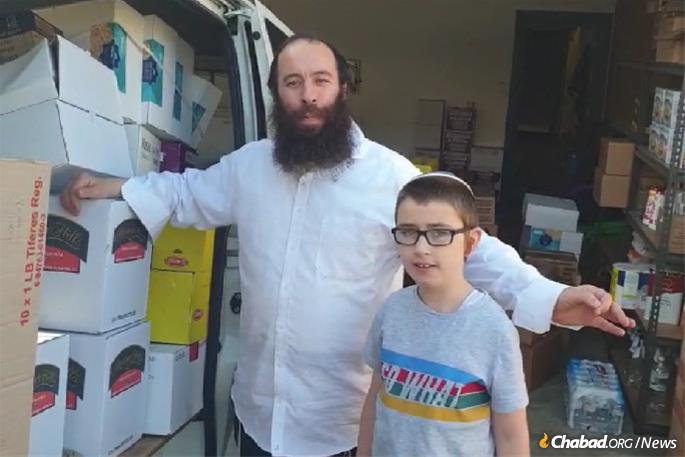 In late February, Tasmania’s Jewish community was rocked from its tranquil existence by a string of anti-Semitic displays—a synagogue defaced and swastikas prominently displayed in front of a home—horrifying local residents and the state as a whole.

Tucked away in a hidden corner of the world, separated from mainland Australia by the Bass Strait, Tasmania is home to Australia’s two oldest synagogues, in Hobart and Launceston, respectively. Tasmania’s estimated 1,000 Jews are spread across the vast state, from Queenstown to Dover. These island Jews are served by Tasmania’s only rabbi, Rabbi Yochanan Gordon, who with his wife, Rochel, direct Chabad-Lubavitch of Tasmania. The Gordons are based out of Launceston, but the rabbi travels across the island to serve pockets of Jews in Hobart and other towns.

For the third time in 10 months, the facade of Launceston’s 176-year-old synagogue had been desecrated, black markings crudely drawn over the Star of David. Less than a month later, a woman made news for hanging Nazi flags in the window of her house, this after previously spray-painting swastikas on the home’s exterior.

As the community came together in condemnation, lawmakers and officials expressing their abhorrence, the rabbi had another challenge looming on the horizon.

With the approach of the Passover holiday, Gordon planned on traveling to Melbourne on the mainland, as he does every year, to procure his community’s Passover staples—matzah, wine, kosher meat and other kosher-for-Passover items—that aren’t available locally. From Melbourne Gordon would ship the items to Launceston, where he’d open a pop-up shop, and then hand deliver supplies to Jews scattered around the rest of the state.

Read the article by Mendel Super from Chabad Tasmania.