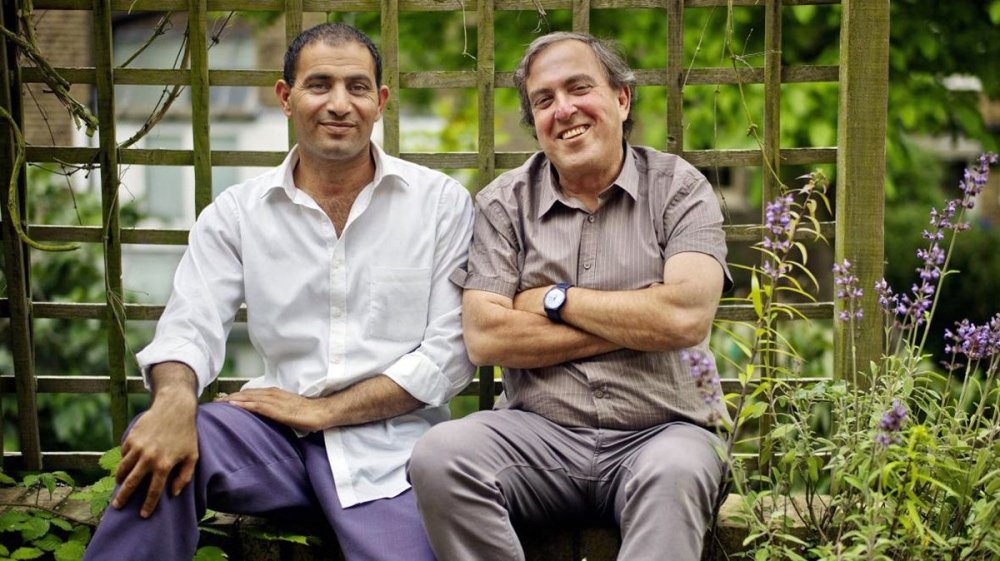 The Interview: United through Grief, Two Fathers – Bassam Aramin and Rami Elhanan – share their Hope for Peace in the Israeli-Palestinian Conflict

Award-winning author Colum McCann’s anticipated new novel, Apeirogon, is based on the unlikely real-life friendship between two bereaved fathers born into opposite sides of an internecine conflict over land, religion, finite resources and competing narratives.
Rami Elhanan, 70, an Israeli Jew from the western tip of Jerusalem, served in a tank repair unit of the Israeli army during the Yom Kippur War. His father came to Jerusalem in 1946, shortly after surviving Auschwitz. Bassam Aramin, 52, a Palestinian Muslim from Hebron, in the West Bank, spent seven years of his youth in an Israeli prison for hurling a defunct hand grenade at an Israeli jeep.
Their paths crossed at a Combatants for Peace gathering, an Israeli-Palestinian movement of ex-fighters committed to non-violence. Rami’s daughter, Smadar, had been killed in a suicide bombing attack in the late 1990s on Jerusalem’s Ben Yehuda Street. A decade later, Bassam faced the same devastation. In 2007, his ten-year-old daughter, Abir, was killed by an Israeli rubber bullet near her school.
Bassam and Rami, united in grief, have since traveled the world to spread their mission of dialogue over violence. Through Combatants for Peace and the Parents Circle Families Forum, made up of more than 600 bereaved Israeli and Palestinian families, the duo has spent decades preaching bridge-building over division.

Apeirogon explores this surprising friendship and partnership in excruciating, kaleidoscopic detail.
“I wanted to tell a story that anyone who knew nothing about the conflict could understand, but at the same time write it for people who absolutely understood the nuts and bolts,” the Irish-born McCann said in a recent interview.
An apeirogon is defined in the novel as “a shape with a countably infinite number of sides,” an apt description of the innumerable complexities and perspectives that have defined this conflict and the many micro-narratives leading up to the senseless deaths of Smadar and Abir.
McCann, an international best-selling author whose 2009 novel Let the Great World Spin won the National Book Award, supports his apeirogon metaphor through the myriad, ostensibly tangential sub-narratives interspersed throughout the novel, which seem as random as the girls’ deaths. These include vignettes about bird migrations, Zyklon B, slingshots, Christ’s crucifixion and Philippe Petit’s high-wire walk over Jerusalem’s Arab and Jewish neighborhoods before releasing a white dove of peace in 1987.
While in New York on tour for the book, Aramin and Elhanan spoke to Religion News Service about Apeirogon and their unending fight for peace…

Read the article by Jonathan Harounoff in Sight Magazine.