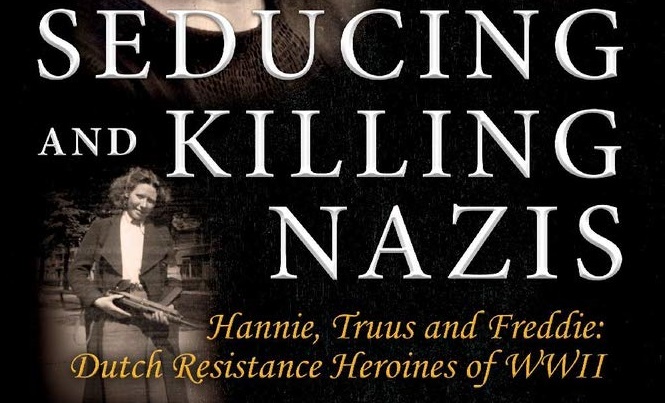 Beginning in May 1940, Nazi Germany invaded and occupied Holland. The military invasion was comparatively easy; the Occupation was fraught.

Less than a year after seizing the country, the Nazis were confronted by a general strike protesting the mistreatment of Jews. This was the only such strike in Occupied Europe in World War II. As Sophie Poldermans records: “It stirred up resistance throughout the Netherlands.”

Among those who risked their lives in the struggle were three young women: Hannie Schaft and the sisters, Truus and Freddie Oversteegen.  At the time of the invasion Hannie was 19, Truus was 16 and Freddie was 14.

Schaft’s family political background was social-democratic. The Oversteegen family was Communist and became active in sheltering Jewish refugees well before the war.

As militants of the Communist-organised Council of Resistance (RVV), the young women participated in the widest scope of activities.  They transported and hid Jewish refugees, stole documents that provided forged identity papers for both fighters and refugees and blew up militarily sensitive infrastructure.

Most famously, they were assigned to kill senior German officers.

They would pose as “Moffen girls”, which is Dutch slang for young women willing to have affairs with German soldiers. They would hang out in bars with officers and, when they were suitably inebriated, suggest a romantic, moonlit stroll in the woods. Once safely away from prying eyes they would assassinate the officers and dispose of their bodies.