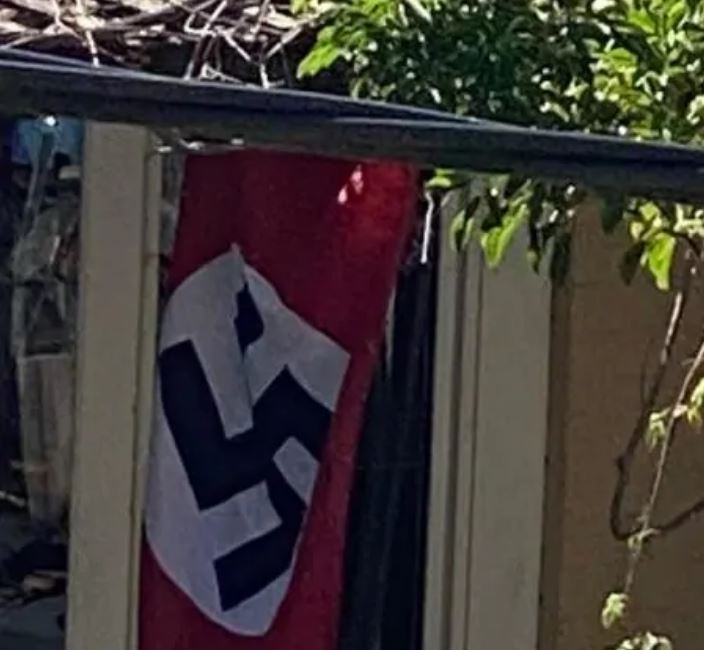 In probably the most random news of the week, the NSW govt is looking to ban the display of Nazi symbols after a Nazi flag was spotted last weekend at a place in Sydney’s inner west.

We’re kinda surprised that publicly displaying the swastika wasn’t banned already to be honest, but yes this should definitely be added to the state govt’s lengthy to-do list. According to reports by the ABC, the NSW govt is now seeking advice on how best to make it illegal for a hate symbol like this to be publicly displayed.

“The Nazi flag is an emblem of genocide and racism,” said NSW Labor MP Walt Secord via the Australian Jewish News. “[It] is deeply offensive to veterans who fought against fascism and was affront to survivors of the Holocaust and their descendants.”

After being informed that this Nazi flag was displayed at a house in Newtown I contacted the Inner West Police who have helped to ensure that it has now been removed 👮‍♀️🙏🏼 Right now we must guard against xenophobia – we will only beat Covid-19 through solidarity, not division. pic.twitter.com/zL4V0mtlGj

Just a few days ago, a flag showing a swastika was erected in Victorian suburb, Kyabram too. The ABC reported that, last year, the symbol was also painted several times in Sydney’s Bondi, an area where more than an eighth of residents in the catchment identify as Jewish.

Read the article by Sangeeta Kocharekar on the MTV website.