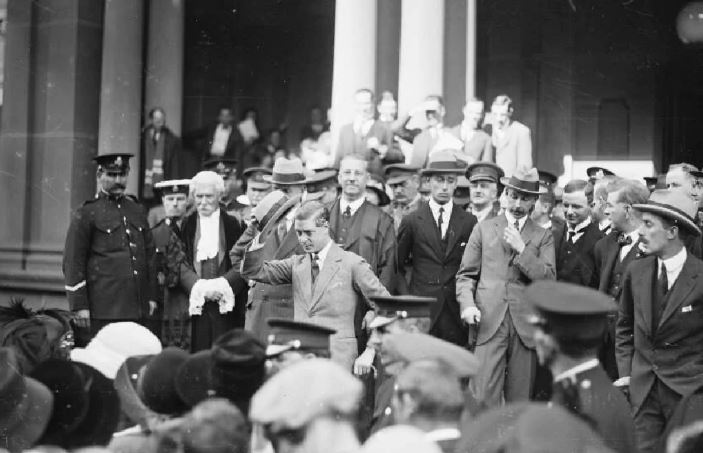 The Nazi King and the Wombat Liberation Army: What Australia might have been like without Wallis Simpson and the abdication

It’s the international subterfuge that was kept secret for almost 70 years, how Australia might have fallen victim to the Nazi scourge if not for this dramatic move.

This was the secret kept for nearly seventy years: in 1936, the British Prime Minister and members of the Royal family tricked King Edward VIII into abdicating.

They saw no alternative.

The new king was passing top-secret information to Nazi Germany, now rearming to conquer Europe. The King admired fascism and Hitler and was increasingly bitter against the British politicians who would not let him marry divorcee Wallis Simpson.

What if the abdication never happened?

King Edward’s vicious side – and Mrs Simpson – had been kept out of the press.

The influence of a popular fascist king might easily have achieved a close alliance with Germany. His support for British fascist parties could have given them the opportunity to seize power, just as the Nazis had in Germany.

Britain would never have fought World War II, or if they did, they’d have been quickly defeated. Britain couldn’t win a war where the king delivered all vital information to the enemy – not in a political system where every new law must be read, then signed, by the king.

The Soviet Union accepted a treaty with Hitler in 1939. Could the USA alone have defeated both the German and Japanese empires, if there had been no allied sabotage or bombing to postpone Germany’s atomic bomb program, no Russian front, no enemy for Rommel to battle in the desert?

Read the article by Jackie French in the Herald Sun.