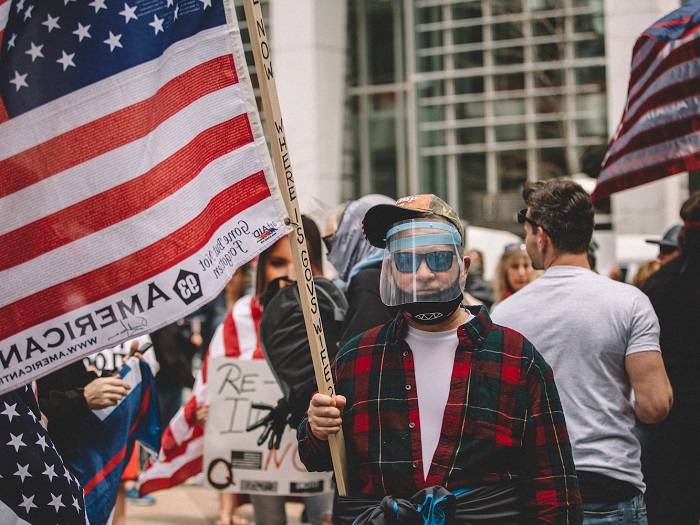 The Auschwitz slogan ‘Work sets you free’ seen at the Re-Open Illinois protest aimed at governor, JB Pritzker, who is of Jewish descent

The Auschwitz Memorial in Poland has condemned a photo of a sign from an anti-lockdown protest in Chicago that bore the Nazi slogan: “Arbeit Macht Frei, JB.”

The sign, which was held by an unidentified woman attending the “Re-Open Illinois” protest on May 1, is referring to Illinois governor JB Pritzker, who is of Jewish descent.

“Arbeit macht frei” is a German phrase which means “Work sets you free”, and was placed above the gates of Auschwitz – the largest Nazi extermination camp during the Holocaust, where at least 1.1 million people died.

On Saturday, the organisation that runs the Auschwitz Memorial responded to the picture on Twitter, saying it was “painful to see this symbol instrumentalized and used again to spread hate.”