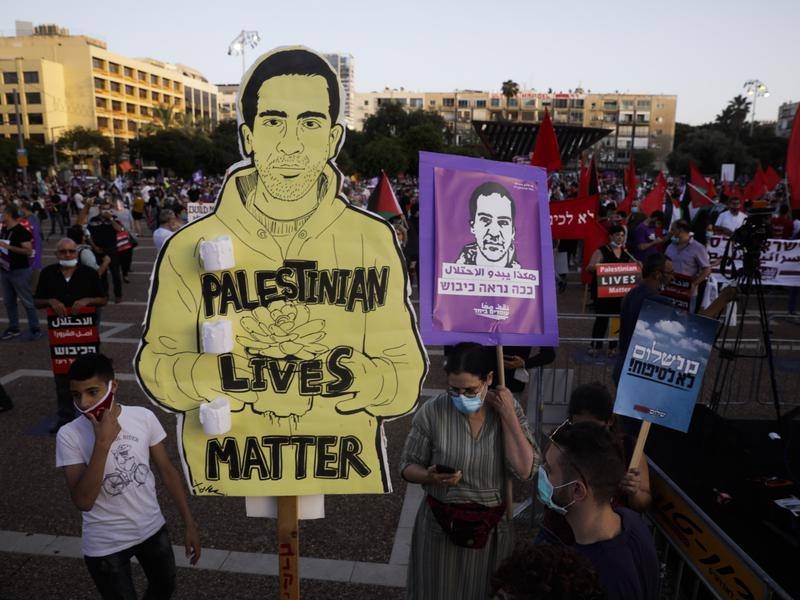 Israeli Prime Minister Benjamin Netanyahu has called the deadly police shooting of an unarmed Palestinian man with autism a “tragedy,” although he stopped short of apologising for the incident.

Netanyahu’s remarks were the first he’s made since police in Jerusalem’s Old City shot and killed Eyad Hallaq last week.

The 32-year-old Palestinian with severe autism was chased by Israeli border police forces into a nook in Jerusalem’s Old City and fatally shot as he cowered next to a garbage bin after apparently being mistaken for an attacker.

The shooting has drawn comparisons to the death of George Floyd in the US and prompted a series of small demonstrations against police violence toward Palestinians. Some Israeli figures have paid condolence visits to the grieving Hallaq family.

At last week’s Cabinet meeting, a day after the shooting, Defence Minister Benny Gantz, who is also Israel’s “alternate” prime minister under a power-sharing deal, apologised for the incident. Netanyahu, seated next to him, made no mention of it in his remarks at the time.

“What happened with the Hallaq family, with Eyad Hallaq, is a tragedy. A person with disabilities, with autism, who was suspected we now know unjustly of being a terrorist in a very sensitive place,” Netanyahu said Sunday. “We all share in the grief of the family.”

Read the article by Tia Goldenberg in The Cessnock Advertiser.