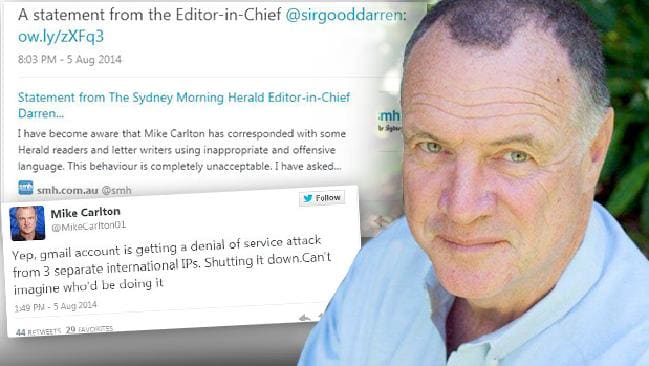 Many of those who campaigned for the removal of Bettina Arndt’s Australia Day honour earlier this year won’t back journalist Mike Carlton being stripped of his.

Critics who rallied to strip writer and commentator Bettina Arndt of her Australia Day honour have shied away from demanding similar treatment for former radio announcer Mike Carlton, who has a history of abusive comments toward women and Jewish people.

High profile commentators, including Lisa Wilkinson, backed calls to revoke Ms Arndt’s award after she claimed the husband of murder victim Hannah Clarke may have been “driven” to set the Queensland mum and her children on fire, but have stayed silent in the wake of a Queen’s Birthday honour to veteran former journalist Carlton — who is known for his derogatory comments against women.

Feminist commentators Jane Caro and Clementine Ford — both of whom were highly critical of Arndt — have also not been willing to publicly call for Carlton to be stripped of his honour.

Instead, Ford said she was “more disgusted with the choice to recognise Tony Abbott for services to the indigenous community’’.

Read the article by Sally Coates and Clare Armstrong in The Daily Telegraph.