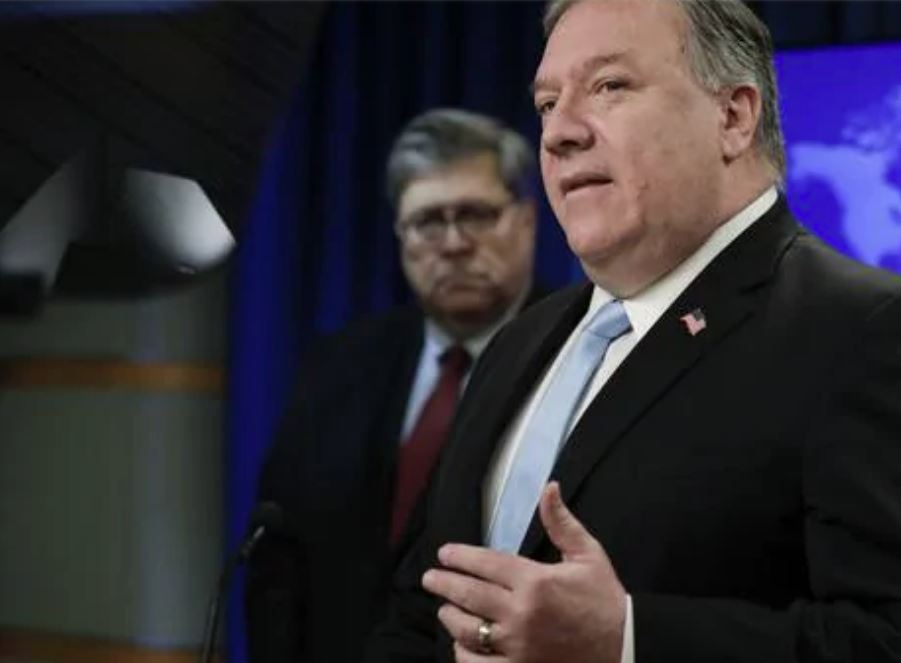 President Don­ald Trump has authorised sanctions against any official at the International Criminal Court who investigates US troops, ramping up pressure to stop its case into alleged war crimes in ­Afghanistan.

In an executive order, Mr Trump said the US would block US property and assets of anyone from The Hague-based tribunal involved in probing or prosecuting American troops.

“We cannot — we will not — stand by as our people are threatened by a kangaroo court,” Secretary of State Mike Pompeo said.

“I have a message to many close allies around the world — your people could be next, especially those from NATO countries who fought terrorism in Afghanistan right alongside of us.”

The court responded by stating that its president, O-Gon Kwon, “rejects measures taken against ICC”, calling them “unprecedented” and saying they “undermine our common ­endeavour to fight impunity and to ensure accountability for mass atrocities”.

US Attorney-General Bill Barr alleged, without giving detail, that Russia and other adversaries of America had been “manipulating” the court.

Mr Barr said the administration was trying to bring accountability to a global body. “This institution has become, in practice, little more than a political tool employed by unaccountable international elites,” he said.