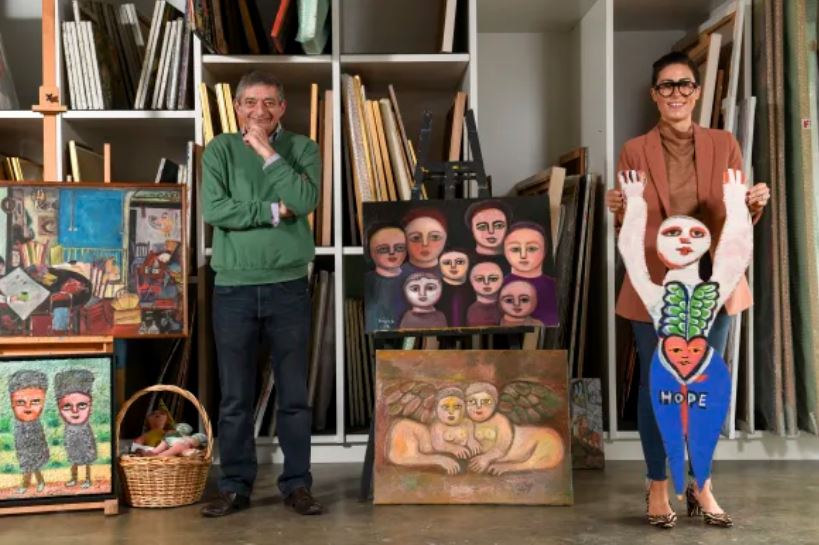 Mirka’s message through art: to recognise humanity in one other

She was imprisoned with her mother, two sisters and thousands of other Jews in Pithiviers, a Nazi transit camp in northern France.

Shortly before the family was to be transported to Auschwitz, Mirka’s father, Leon, had them released, via a forged letter from an employer sent to the camp.

The family went into hiding and after the war, Mirka emigrated to Australia with her husband, Georges, and became a celebrated restaurateur and artist.

But she never forgot the desperate faces of prisoners lining the wire fences at Pithiviers as she left on a horse drawn cart.

Their fear and innocence can be seen in Mirka’s untitled, 1996 painting of a group of people staring out at the viewer, and in many of her works.

The painting will feature in the Jewish Museum of Australia’s first ever exhibition on the artist, called MIRKA, which will open in early December.

Museum CEO Jessica Bram said the multimedia exhibition would offer “the most comprehensive picture of the artist’s life and 70-year-long career”.

It will take in her early years in Paris, her role in Melbourne’s post-war bohemian arts scene and her success as an artist.

“A story of survival and migration, interspersed with a generous dose of family, art, food and love, Mirka Mora’s history is a profoundly affecting post-Holocaust Australian Jewish tale which, until now, has not been presented with such depth and scope,” Ms Bram said.

Read the article by Carolyn Webb in The Age.