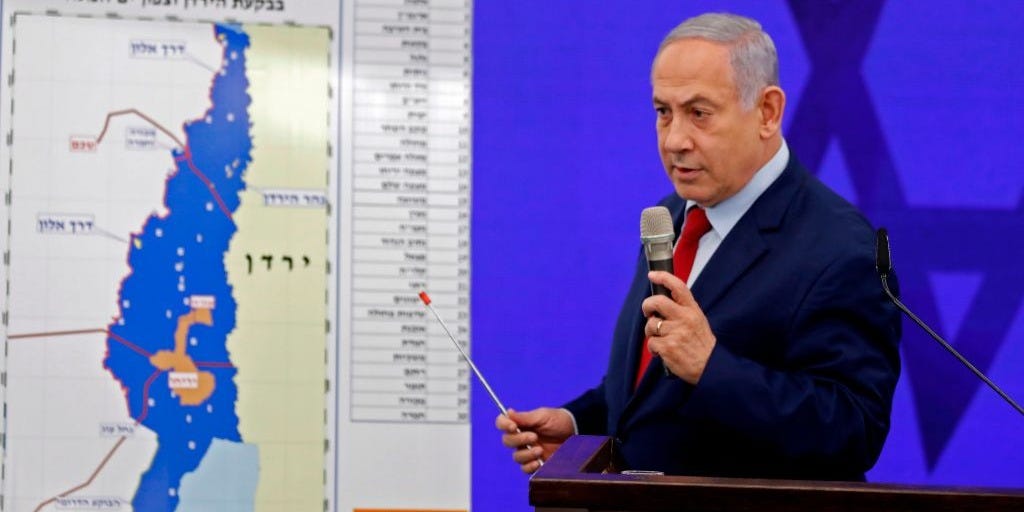 Israeli Prime Minister Benjamin Netanyahu reportedly plans to annex 30% of the West Bank, according to a report.

Such an acquisition of disputed territory would violate international law, UN human rights experts have said.

An unnamed Israeli official briefed on the matter told the news website Axios that Netanyahu’s 30% plan was one of several scenarios presented at a private meeting on Wednesday with Defence Minister Benny Gantz and Foreign Minister Gabi Ashkenazi.

The official told Axios that Gantz and Ashkenazi favour a plan that would give Palestinians something in return. Ultimately the meeting ended without agreement, the source added.