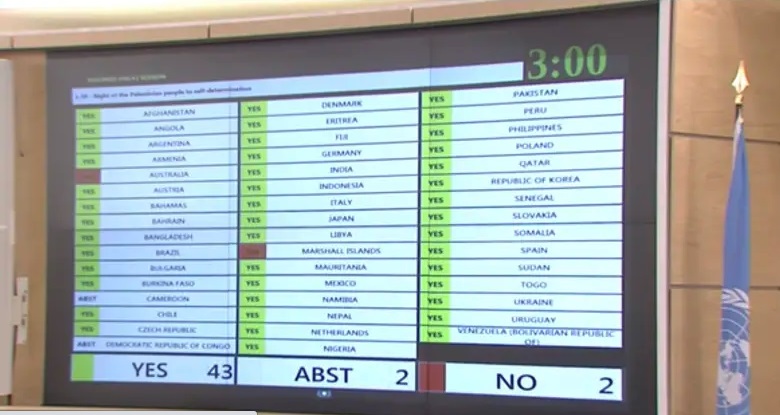 Australia is only one of the two countries, the other being Marshall Islands opposing UN resolutions condemning Israeli annexations plans for parts of the West Bank. Australia this week voted against UN Human Rights Council (UNHRC) five resolutions for Palestinian self determination, against Israeli settlements and settlers violence and on Israeli human-rights abuses in the Palestinian territories.

Australia’s position could not be more out of step with world opinion since Israel’s annexation move, following US President Donald Trump’s “peace” plan, that has been universally condemned.

Israel is planning to forcibly annex up to a third of the Palestinian West Bank as early as next week.

This move been deplored globally as a grave violation of international law including over 250 leading international lawyers, and an unprecedented 50 independent UN experts, and by 1000 European parliamentarians.

“We have to stand firm and say ‘no’ to what Israel and America are doing in this area,” PLO Ambassador Ibrahim Khraishi told the Council. “It is flagrantly denying rights and flying in the face of international law.”

In an opinion piece written by Ben Saul, Challis Chair of International Law at the University of Sydney published in the Sydney Morning Herald on Thursday 25 June 2020, Australia has been urged to move away from this extreme anti-Palestine stance.

Read the article by Zia Ahmed, editor of the Australasian Muslim Times.