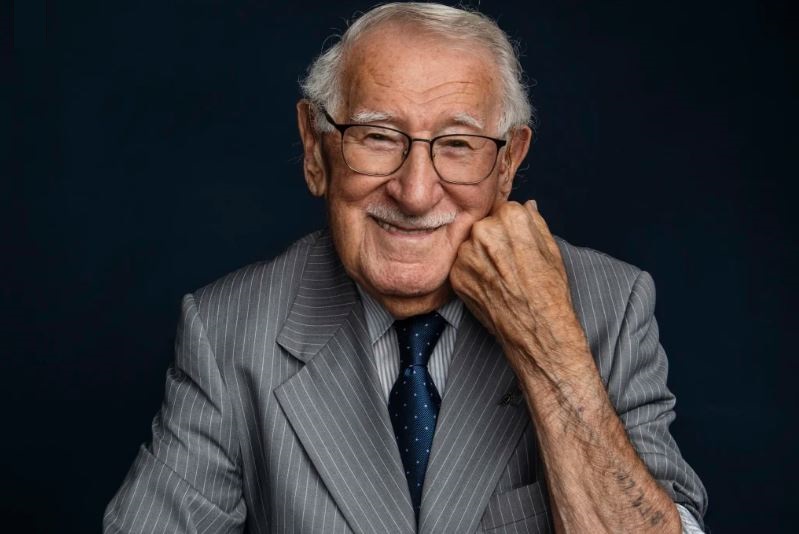 Auschwitz author Eddie Jaku: how to be happy and live to 100

Holocaust survivor Eddie Jaku never expected to live to 100 let alone become a first-time author just months after making that milestone. At times, in his early 20s and interned in Auschwitz, sleeping on hard wooden planks, 10 naked men to a row, with nothing but each other for warmth, he didn’t expect to make it through the frozen night.

“If I could survive one more day, an hour, a minute, then the pain would end and tomorrow would come,” he would tell himself.

He’d regularly be woken by the suicidal screams of fellow Jews who had “gone to the wire” – killing themselves by running into the electrified barbed-wire fence on the perimeter of the death camp rather than suffer further at the hands of the Nazis. At times he thought of joining them to perish, like his parents, who had been murdered in the Auschwitz gas chambers. But his friend Kurt Hirschfeld, a fellow young German Jew, convinced him to keep on living.

Then, a Jewish doctor, who helped dislodge a bullet from his leg after one escape attempt, helped the analytical young engineer see life as a mathematical equation: “One hour of rest equals two days of survival.”

He vowed to rest, and if he survived he would live every day to the fullest and dedicate the rest of his life to putting right the hurt that Adolf Hitler had inflicted on the world.

Jaku not only survived the horrors of the Holocaust, but he has lived to become a husband, father, grandfather and great-grandfather as well as a successful Sydneysider, running everything from a service station to a real estate agency. And now he’s an author. The Happiest Man on Earth, published this week, retells his powerful life story from stateless refugee to celebrated centenarian.

Read the article by Helen Pitt in The Age.