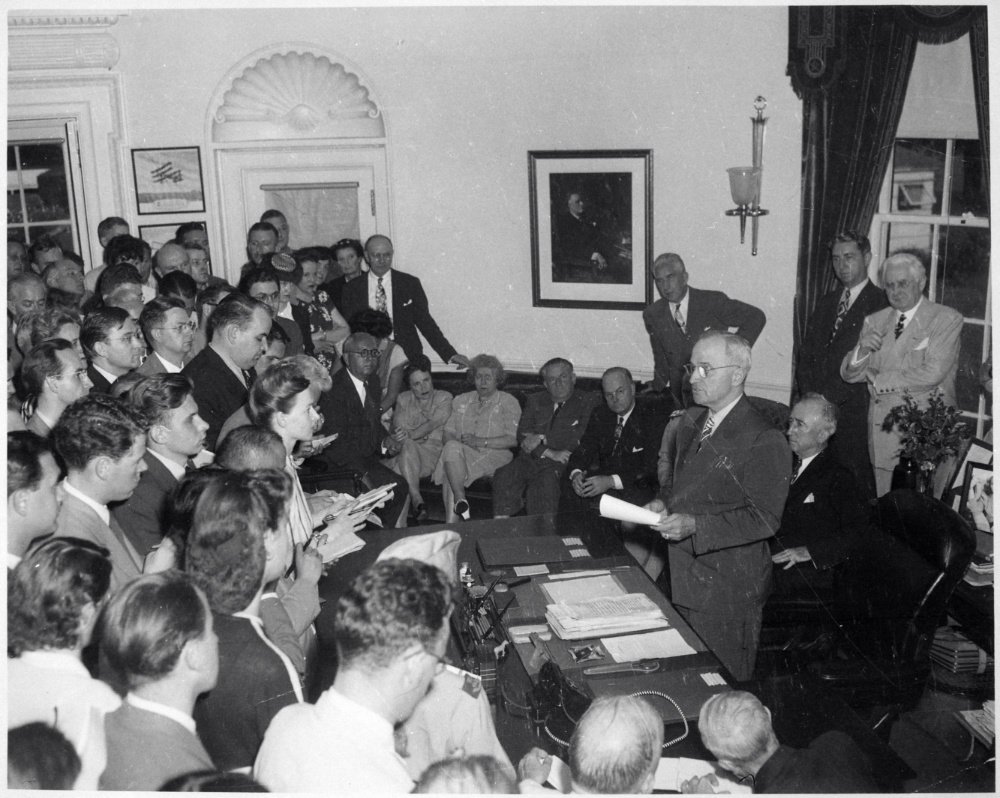 After 75 years, a question about race haunts Truman’s calculation on Hiroshima

Japan became the only nation to have suffered an atomic bomb attack when, 75 years ago, our nation struck Hiroshima on 6th August, 1945. Three days later, a second bomb fell on Nagasaki.

In Hiroshima, more than 140,000 Japanese died when the B-29 Enola Gay dropped its single bomb. Because of Nagasaki’s hilly terrain, “only” 70,000 people were killed. The war ended days later without the need for a military invasion of the Japanese home islands.

In the early 1960s, when both sites still showed the devastating effects of the American nuclear raids, I was sent as an Air Force chaplain to Japan. My duties there included monthly visits to the Atomic Bomb Casualty Commission facilities in Hiroshima and Nagasaki, where the staff, mostly American medical personnel, included enough Jewish families to constitute small viable congregations at each location.

The ABCC had been established by the US Public Health Service in 1948 to study two separate control groups: individuals who survived the atomic bombs and those who were not exposed to radiation. Not surprisingly, those who lived through the attacks were struck by cancer, birth defects, heart disease, skin deformities, genetic abnormalities, psychiatric problems and other maladies far in excess of the unexposed group.

Large numbers of Japanese distrusted the ABCC because it was an American-run facility. In addition, the commission, which closed in 1975, did not provide medical treatment for the victims; its staff only studied the problems created by radiation.

Read the article by A James Rudin in Sight Magazine.