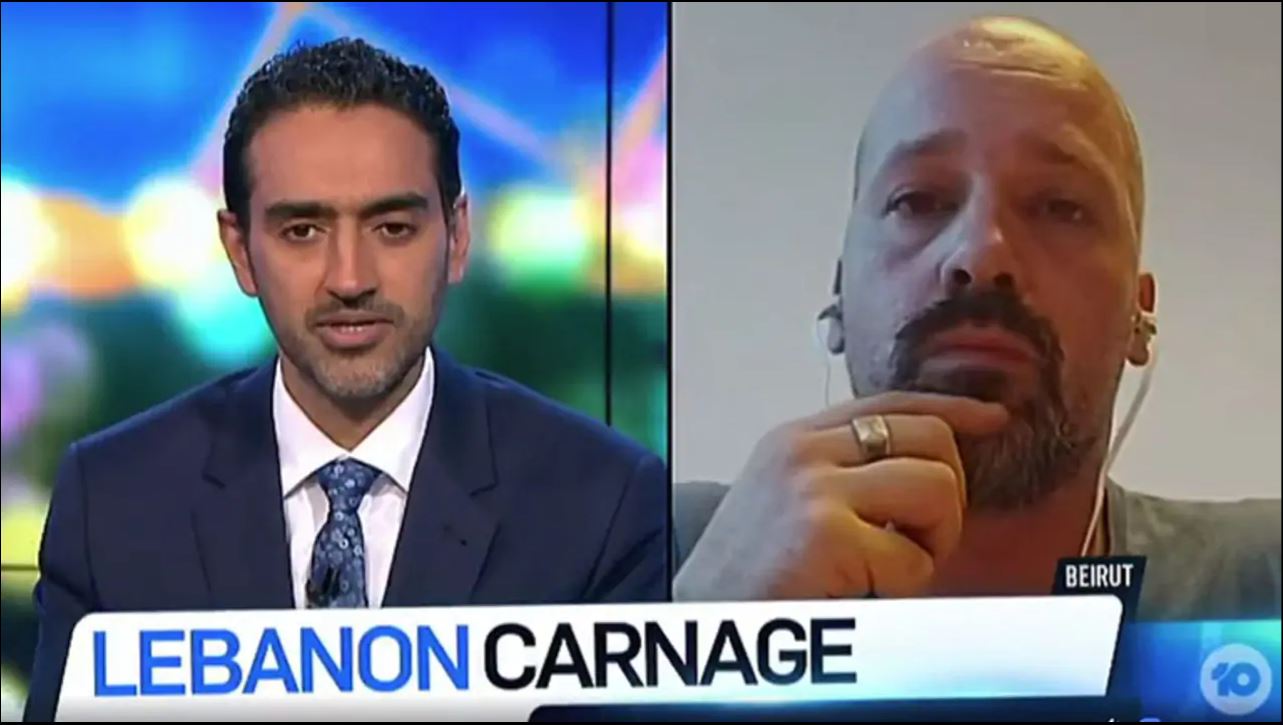 The news from Network 10’s leftist The Project last night is that presenter Waleed Aly did not correct the anti-Israel bias in its program on Wednesday. It was the occasion in which, in response to leading questions, the Beirut-based photographer João Sousa effectively blamed Israel for the tragic explosion at the port of Beirut which has killed over a hundred people and injured thousands. It was the familiar “Blame Israel/Blame the Jews” conspiracy theory.

Network 10 has refused to apologise for the fact that Sousa’s anti-Israel rant went to air without any member of the panel challenging his conspiracy theory. For the record, on Wednesday The Project’s panel comprised Waleed Aly, Carrie Bickmore, Peter Helliar and Rachel Corbett. However, the segment has been withdrawn from the channel’s Twitter feed. Work that one out if you can. So Comrade Aly and The Project team have attempted to send the episode down, what George Orwell once called, the memory hole. There’s no apology and no correction – and, now, no official record of the segment ever having gone to air.

In view of this, MWD is happy to provide a transcript of this Blame Israel/Blame the Jews occasion – and evidence of the leading questions asked by Dr Aly (for a doctor he is).