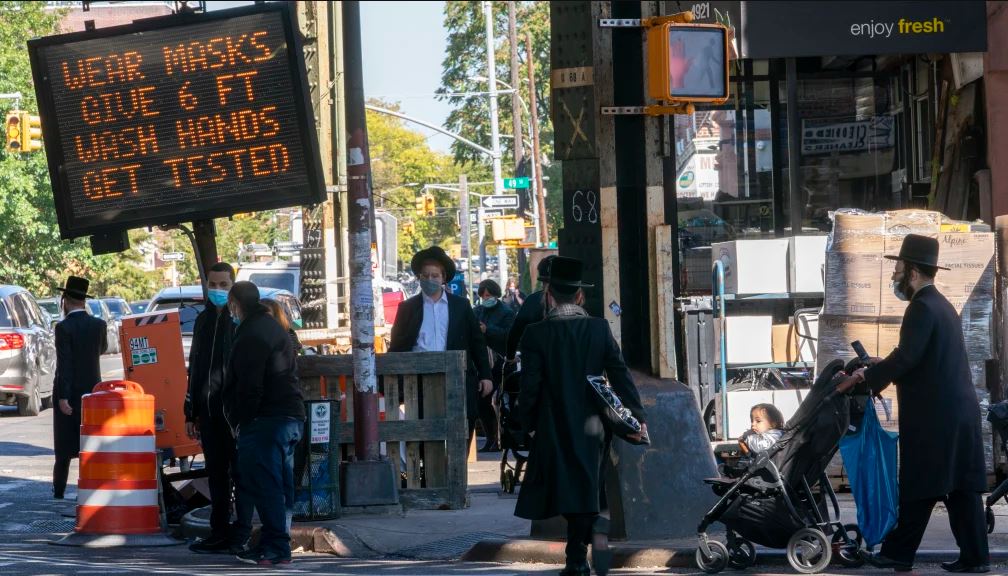 New York: Three Jewish congregations, based in Rockland County, are suing New York state and Governor Andrew Cuomo, saying he engaged in a “streak of anti-Semitic discrimination” with a recent crackdown on religious gatherings to reduce the state’s coronavirus infection rate.

Cuomo’s statements and actions were painful for residents in an area north of New York City where a man invaded a Hanukkah celebration in December and stabbed or slashed five people, the lawsuit said. Grafton Thomas awaits trial after pleading not guilty.

The attack occurred in Monsey — near the New Jersey state line about 56 kilometres north of New York City — where two congregations in the new lawsuit are based.

The state said six coronavirus clusters in areas comprising 2.8 per cent of the state’s population have appeared in Brooklyn and Queens, as well as Broome, Orange and Rockland counties, necessitating the closing of schools and nonessential businesses and limits on gatherings.

The new measures announced October 6 have resulted in temporarily limiting the size of religious gatherings in the COVID-19 hot spots to 25 per cent capacity, or a maximum of 10 people.

Read the article by Larry Neumeister in The Age.