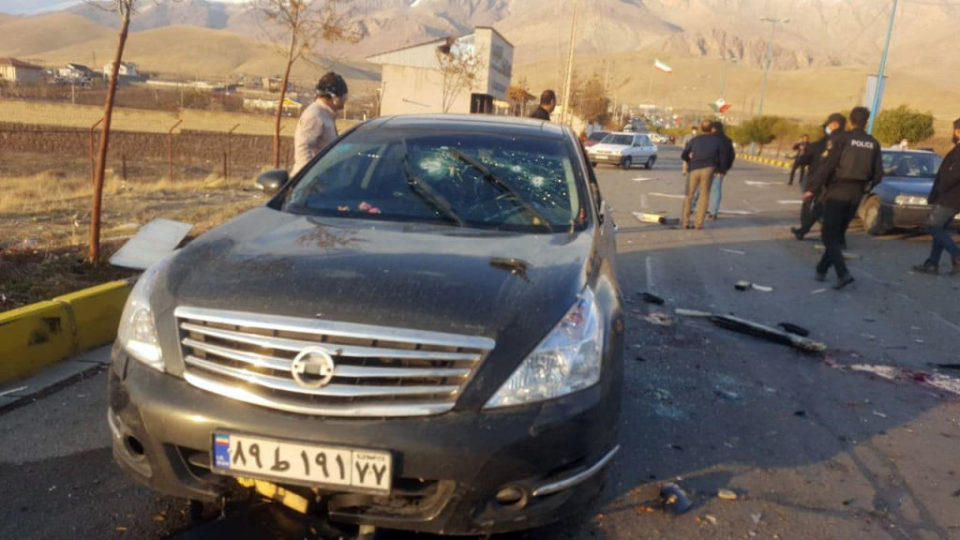 ABSARD, IRAN - NOVEMBER 27:(----EDITORIAL USE ONLY - MANDATORY CREDIT - "IRANIAN STATE TV / HANDOUT" - NO MARKETING NO ADVERTISING CAMPAIGNS - DISTRIBUTED AS A SERVICE TO CLIENTS----) A view of the scene where Mohsen Fahrizade, Iran's chief military nuclear scientist, has been killed in a terror attack in Absard, Iran on November 27,2020. (Photo by Iranian State TV/Handout/Anadolu Agency via Getty Images)

Dubai: Some of those involved in the assassination of Iran’s top nuclear scientist last month have been arrested, Hossein Amir-Abdollahian, an adviser to the Iranian parliament speaker, said on Tuesday, according to the semi-official news agency ISNA.

“The perpetrators of this assassination, some of whom have been identified and even arrested by the security services, will not escape justice,” ISNA quoted Amir-Abdollahian as telling Iran’s Arabic-language Al Alam TV.

Iran has blamed Israel for the assassination of Mohsen Fakhrizadeh, who was seen by Western intelligence services as the mastermind of a covert Iranian programme to develop nuclear weapons capability.

“Were the Zionists (Israel) able to do this alone and without the cooperation of, for example, the American (intelligence) service or another service? They certainly could not do that,” Amir-Abdollahian said.

Iran has given contradictory details of Fakhrizadeh’s death in a daytime November 27 ambush on his car on a highway near the capital Tehran.
Read the article in The Sydney Morning Herald (Reuters).