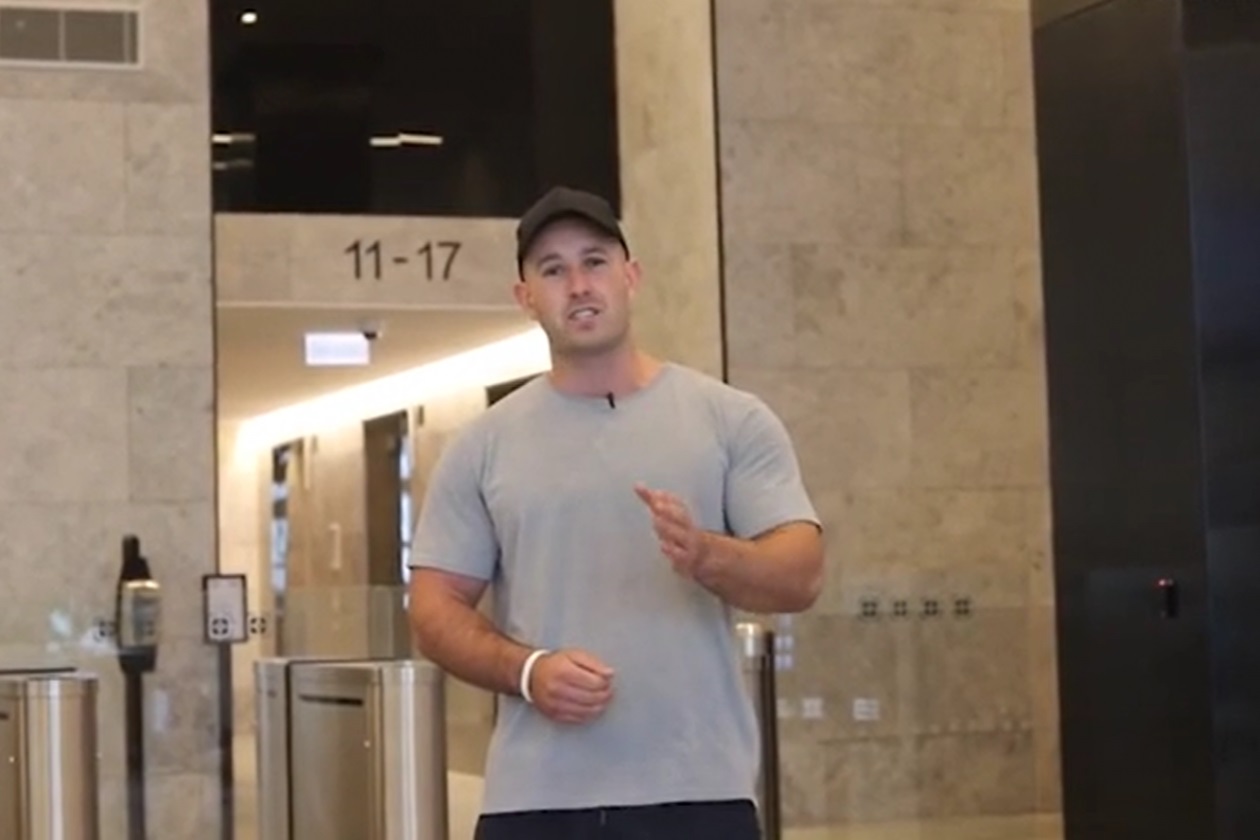 The leader of a Melbourne neo-Nazi group has been charged after allegedly assaulting a Channel Nine security guard prior to the broadcast of a story about his organisation on A Current Affair.

Detectives from Victoria Police’s counter-terrorism command last night charged Thomas Sewell, 27, with affray, recklessly causing injury and unlawful assault after he and another man arrived at Nine’s offices and demanded to see A Current Affair staff on March 1.

The pair were escorted out by a security guard, who was then allegedly attacked and punched multiple times by Mr Sewell. His accomplice, a 21-year-old Rowville man who was filming the incident, was also arrested but released by police pending further inquiries.

Former Australian Defence Force member Mr Sewell, who is one of the leaders of the far-right National Socialist Network, escaped with the man on Monday evening before police tracked him down on Tuesday night.

Mr Sewell, also of Rowville, has been bailed to appear at Melbourne Magistrates Court on July 27.

CCTV footage of the incident has been handed to Victoria Police. The Channel Nine security guard was taken to hospital by ambulance.

The Age and The Sydney Morning Herald reported in January that over the Australia Day weekend, 38 members of Mr Sewell’s organisation burnt a cross – a ritual usually associated with the Ku Klux Klan – next to Lake Bellfield at the foot of the Grampians in western Victoria.