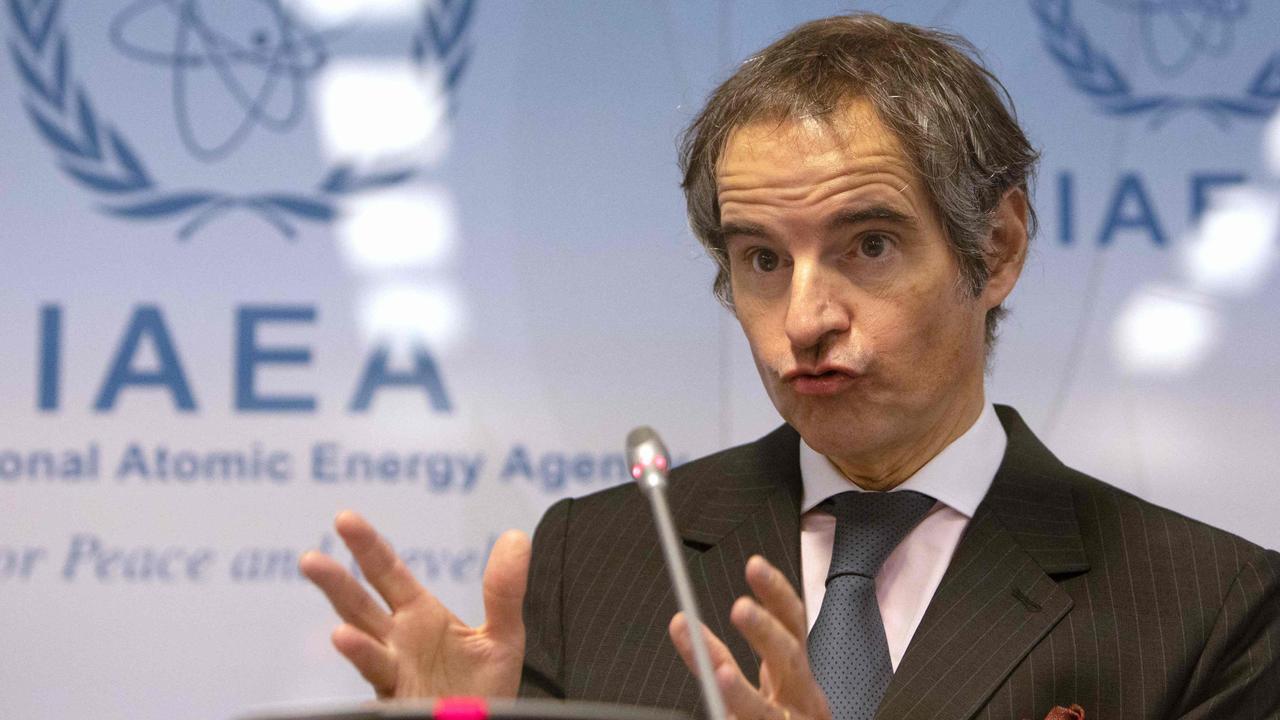 European nations have dropped a planned resolution at the UN nuclear watchdog criticising Iran, in a bid to hasten the revival of the 2015 nuclear deal that was praised both by Tehran and Washington.

France, Britain and Germany — known as the E3 — had planned to introduce a resolution at this week’s meeting of the International Atomic Energy Agency’s board of governors, with the support of the US, denouncing Iran’s suspension of some IAEA inspections.

“We have decided to not present the resolution,” the German foreign ministry said on Friday AEDT. “Iran must now prove that it is serious in its wish to fully relaunch” the nuclear deal.

One diplomat pointed to ­initiatives undertaken by IAEA director-general Rafael Grossi and signs of “good faith” on the Iranian side to explain the decision to drop the resolution, which had not been formally submitted.

Mr Grossi announced on Thursday that Iran had agreed to hold a series of meetings with the UN nuclear watchdog to “clarify a number of outstanding issues”.

President Joe Biden has said he is willing to bring the US back to the landmark 2015 deal, known as the Joint Comprehensive Plan of Action. It has been unravelling since Donald Trump pulled the US out of the agreement in 2018.

A French diplomat said “encouraging signs” from the Iranians would not have been achieved “if the threat of the resolution hadn’t been maintained until the end”. The diplomat said it was hoped that a meeting proposed by the EU of the remaining 2015 participants — Iran, France, Germany, Russia, China and Britain — could take place within two weeks, with Brussels the likely venue.

Read the article by  Jastinder Khera and Valerie Leroux in The Australian.