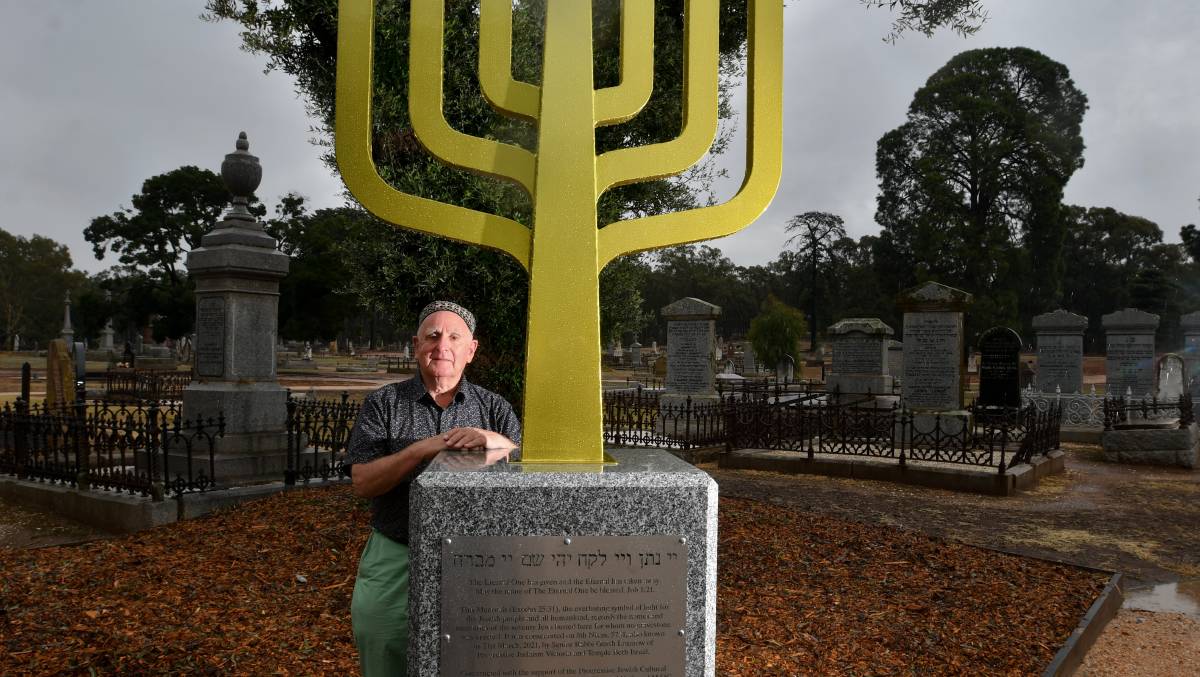 BENDIGO’S Jewish community have paid tribute to ancestors who helped build the city, and those lost far too soon.

Community members planned to gather in White Hills on Sunday afternoon and unveil a new menorah remembering those who have come before them.

The oldest was born in 1786, before the First Fleet left England to create a toehold on the edge of a continent 10,000 miles away.
About two thirds of those honoured were infants, Bendigo resident Howard Nathan said.

He said the high numbers of young children who died on the goldfields spoke to the appalling health and hygiene conditions they and their parents endured through much of the 19th century.

Bendigo’s Jewish community is small today but dates back to the 1850s gold rush.

It was once big enough to support a synagogue in the city centre.

The synagogue was demolished after World War I because community numbers had been so badly impacted by the war.

A Jewish congregation has been revived in recent decades with the help of people including Mr Nathan.

Read the article in the Bendigo Advertiser.