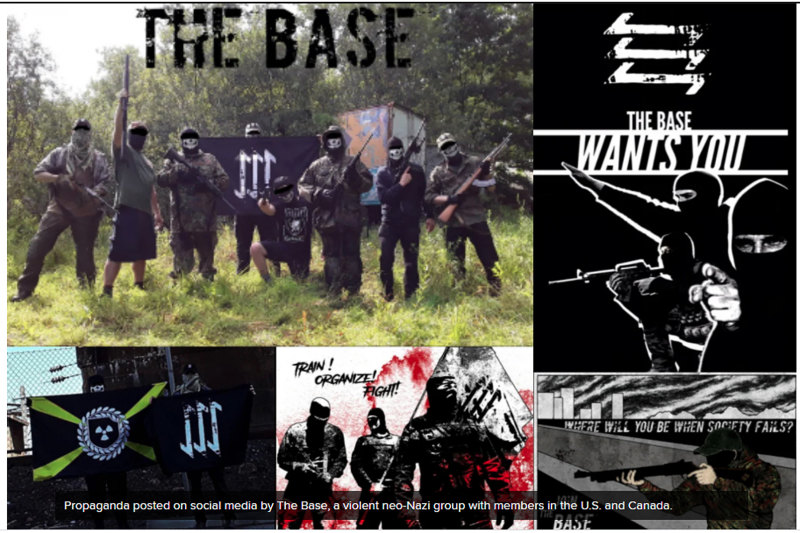 American white supremacist group, The Base, which encourages the collapse of liberal democratic governments, is recruiting neo-Nazis in Australia and has appointed a local leader who planned to launch a propaganda campaign in front of Federal Parliament House.

A cache of leaked audio recordings and internal files gives an unprecedented insight into the white supremacist group’s nascent Australian operation. The recordings are of interviews in which local applicants are vetted for membership, and they include at least three men expressing support for the New Zealand mosque massacres.

The Australians who have attempted to join The Base include former federal One Nation candidate Dean Smith and Grant Fuller, a self-professed leader of The Lads Society, one of the country’s biggest neo-Nazi groups.

In the United States, several members of The Base have been arrested by the FBI for plotting acts of violence or vandalising synagogues, while the group has been proscribed in Canada as a terrorist organisation.

It is one of the groups that domestic counter-terrorism agency ASIO has considered advising the government to proscribe , and has been of interest to Australian Federal Police counter-terrorism teams, according to law enforcement sources. There is no evidence that the group’s embryonic Australian chapter was planning any terrorist activity.