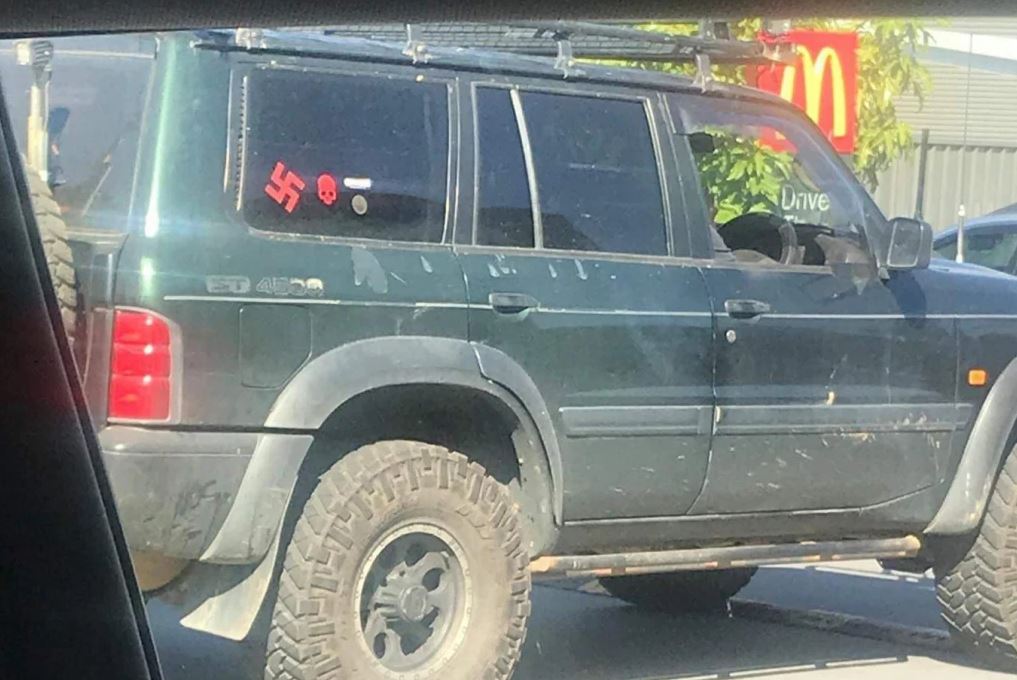 A small red swastika on the back window of a dusty Nissan Patrol has reignited a long-running campaign to ban the Nazi symbol in Victoria.

Anti-Defamation Commission chair Dvir Abramovich said the picture of the controversial symbol was taken by a distressed man at a McDonald’s drive-through in the Bendigo suburb of California Gully on Saturday, April 17 – and, sadly, it wasn’t an unusual sight in his office.

“We receive pictures like this on a daily basis. For some people, [the Nazi symbol] is as threatening as being confronted with a gun,” Dr Abramovich said.

“What does it say that in 2021, individuals with pure hatred in their heart, feel emboldened to proudly display a symbol that represents the pure evil that led to the death squads, gas chambers and the extermination of 6 million Jews … and millions of others?”

After a year-long investigation, a cross-party parliamentary inquiry into anti-vilification laws recommended the Andrews government make the Nazi swastika a criminal offence in Victoria. It would be the first jurisdiction in Australia to impose such a ban.

The report was tabled in State Parliament in early March. Premier Daniel Andrews had previously said the government would not act until the final report was handed down. But more than seven weeks later, the government is yet to commit to the ban.

Read the article by Hanna Mills Turbet in The Age.