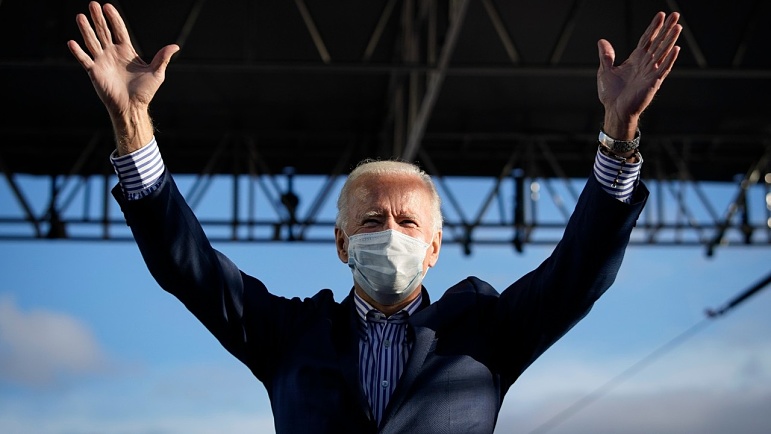 President Joe Biden has proved himself to be a “dangerous hardcore leftist” whose emerging anti-Semitic ideology should be “shunned and avoided at all costs” according to Sky News host Rowan Dean.

Radical action undertaken by the president includes efforts to re-join the Iran Nuclear Deal, funding for the UN Human rights Council and participation in a UN conference known for its anti-Semitic stance.

Mr Dean said the Biden administration Foreign Affairs policy platform would lead to a “nuclear armed Iran” while funding for the UN Council would “almost certainly directly or indirectly finance terrorism”. He also condemned a US-led push to participate in the 20th anniversary of the 2001 Durban conference which he described as an event which descended into “the most grotesque demonisation of Israel”.

According to Mr Dean the 2001 United Nations World Conference Against Racism, Racial Discrimination, Xenophobia and Related Intolerance touted the idea “Hitler should have finished his job”. When the 10th anniversary of the conference came around in 2011 even the Obama administration boycotted it, calling the Durban declaration “hateful and anti-Semitic”.

However, the Biden administration last month released a statement hailing “the 20th anniversary of the adoption of the Durban Declaration and Program of Action”.

Mr Dean said the Zionist Organisation of America are rightly appalled that the US is now embracing the “the shockingly vicious anti-Israel 2001 Durban racism conference as a favorable precedent.”

Watch the report by Rowan Dean on Sky News.