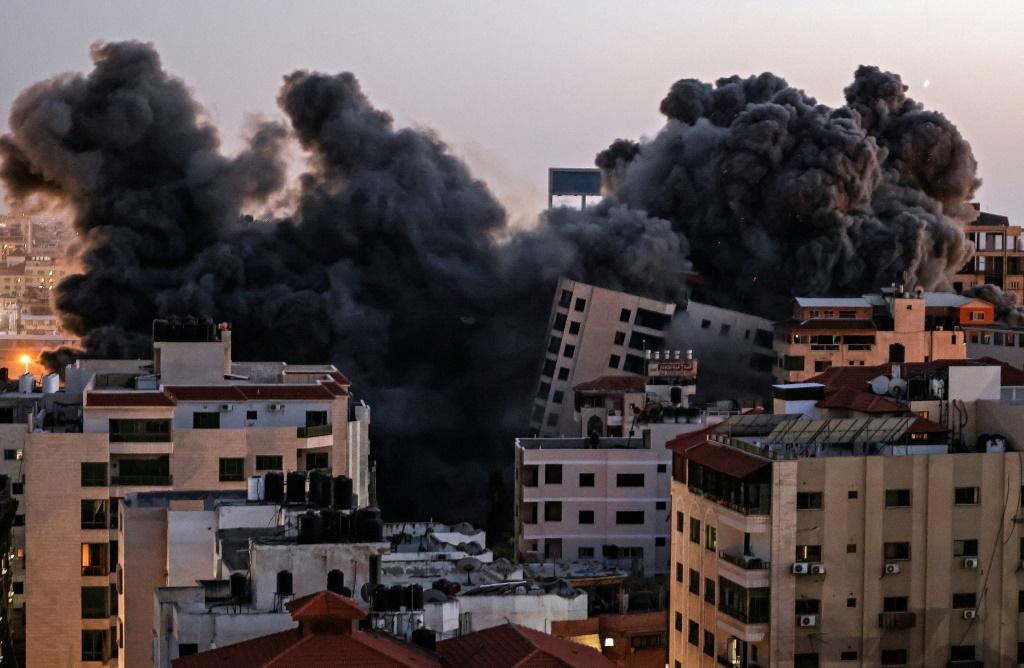 Jmedia Manager
Other Print
May 12, 2021 59
The worst Israeli-Palestinian violence since 2014 saw 1,000 rockets fired at the Jewish state by Wednesday, the Gaza Strip pounded by relentless air strikes and at least 40 people killed, fuelling fears of a descent into “full-scale war”.

In another night of escalating conflict, Palestinian militants attacked Israel’s commercial centre of Tel Aviv and other cities, while the Israeli army bombed more targets of the Hamas Islamist group in the crowded costal enclave.

As world powers voiced growing alarm and the UN Security Council readied for another emergency meeting on the bloody crisis, the UN Middle East envoy Tor Wennesland warned that “we’re escalating towards a full-scale war”.

Israeli Prime Minister Benjamin Netanyahu declared a state of emergency in the mixed Jewish-Arab Israeli city of Lod, where police said “wide-scale riots erupted among some of the Arab residents”.

Israel has launched hundreds of air strikes at Gaza, the Israeli-blockaded coastal enclave of two million people that Hamas controls, targeting what the army described as Palestinian military sites.

Hamas leader Ismail Haniyeh vowed in turn that “if Israel wants to escalate, we are ready for it”.

In Gaza City, people sifted through debris after an Israeli air strike destroyed a 12-storey building near the coastline.

Five members of a single family were killed by an Israeli strike in northern Gaza on Tuesday, including young brothers Ibrahim and Marwan, who were filling sacks of straw at the time.

Read the article in The Weekly Times, Geelong Advertiser or The Advertiser.