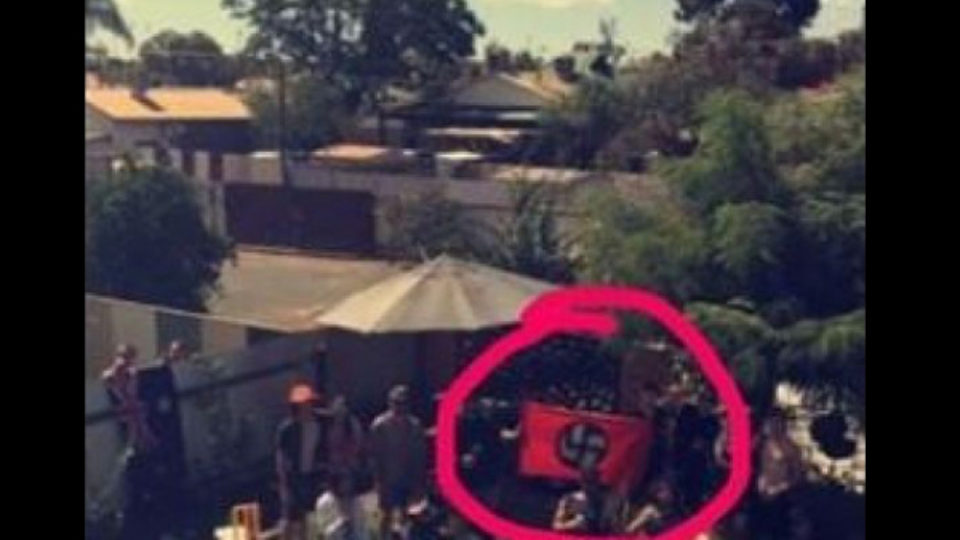 Pressure on government to ban swastikas as Nazi groups grow

There are growing calls to ban the swastika and other hate symbols after a white power cell was seen in regional Victoria over the weekend.

About 20 far-right extremists descended on the Cathedral Range over the weekend, hoping to film a promotional video for their group, the National Socialist Network.

Fascist experts say the stunts are becoming more frequent, as the groups grow in size, with thousands of online followers.

After a reported increase in hate symbol sightings, Dvir Abramovich, chairman of the Anti-Defamation Commission, said it was time for state and territory leaders across Australia to “stop talking” and ban the insignia.

“We are seeing white supremacists and neo-Nazis take their online activities into the real world,” Dr Abramovich told The New Daily.

“The beating of the drums has become louder and louder and the Nazis used the swastika as a rallying cry.”

The New South Wales and Victorian governments have flagged the possibility of banning the hate symbol, but are yet to make serious moves.

Broad support for a ban

On Tuesday, a survey found most Australia agreed strongly with the idea of outlawing the swastika.

When asked if they agreed with the statement, “To protect Jewish people from antisemitism, the Nazi symbol should be banned in Australia”, 62 per cent said they strongly agreed or agreed.

Only 12 per cent disagreed, and 25 per cent said they had no strong opinion. The survey encompassed 3459 respondents from across the country.

Dr Abramovich said it was clear there was wide public support for a ban on the symbol.