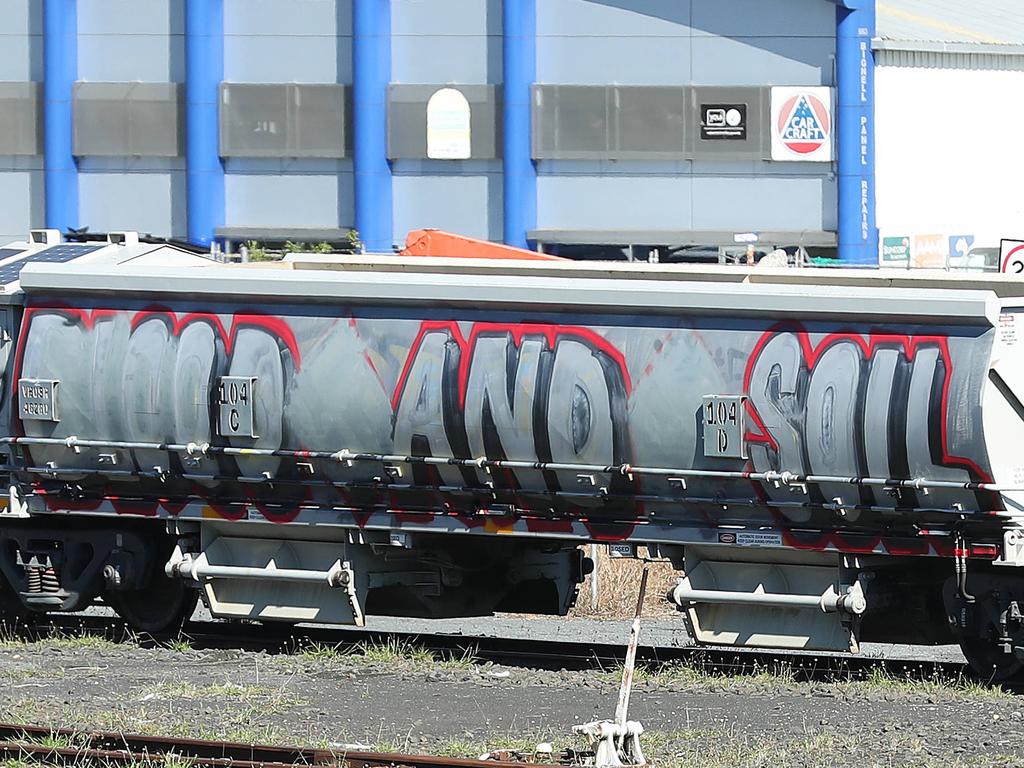 Swastika symbols and the Nazi slogan “blood and soil” have been plastered over a ballast carriage in a holding yard south of Brisbane.

The painting of the Nazi symbol and the slogan has coincided with the escalating tension in the Middle East between Israel and Palestine.

The carriage was stationed at Moorooka, 9km south of the CBD, Queensland police said in a statement.

The swastika was the symbol of Adolf Hitler’s Nazi party that struck terror into Jews during the Holocaust while “blood and soil” was a slogan of Nazi ideology.

Queensland Rail was made aware of the graffiti on the carriage about 4pm on Monday, police said.

“Inquiries into the incident continue and police are urging anyone who may have seen anything suspicious in or around the holding yard area between May 9 and 10 to contact them,” they said.

“More broadly, the Queensland Police Service works closely with other state and federal law enforcement and intelligence agencies in order to understand, investigate and respond to potential instances of extremism of any kind.”

Queensland Rail CEO Nick Easy said the graffiti had been removed and they were working with police to identify the vandals.

“As soon as we were alerted to this callous act of vandalism … our maintenance team was onsite in under an hour to commence painting over the graffiti,” Mr Easy said.

Read the article by Darren Cartwright in the Herald Sun.