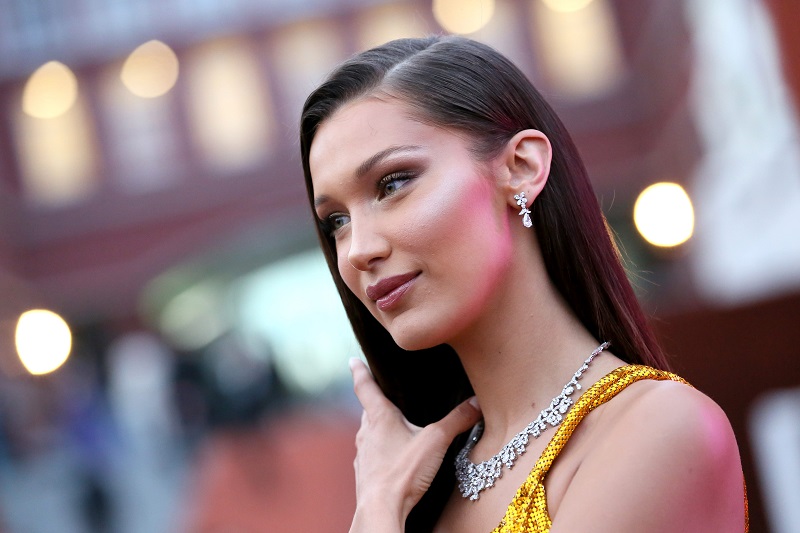 The official Twitter account for the state of Israel posted an image of Bella Hadid at a pro-Palestinian march in New York on Sunday and accused the supermodel of advocating “throwing Jews into the sea.”

Hadid, whose father is Palestinian, joined the pro-Palestinian march as the worst period of violence between Gaza and Israel since 2014 continued. Since last Monday, Israel has launched more than 1,000 air and artillery strikes into Gaza, killing at least 188 Palestinians, including 55 children, the Associated Press reports. Israeli forces have reported 10 dead and say militants groups have fired more than 2,900 rockets, roughly a third of which they say have been intercepted by Israel’s air defenses, The Guardian reports.

Over the weekend, an Israeli airstrike destroyed a building in Gaza that housed several international news organizations, including the AP and Al Jazeera.

On Sunday, Hadid livestreamed part of the protest on her Instagram account, and Israel’s official Twitter account posted a screenshot of part of Hadid’s livestream with the caption: “When celebrities like @BellaHadid advocate for throwing Jews into the sea, they are advocating for the elimination of the Jewish State. This shouldn’t be an Israeli-Palestinian issue. This should be a human issue. Shame on you. #IsraelUnderAttack.”