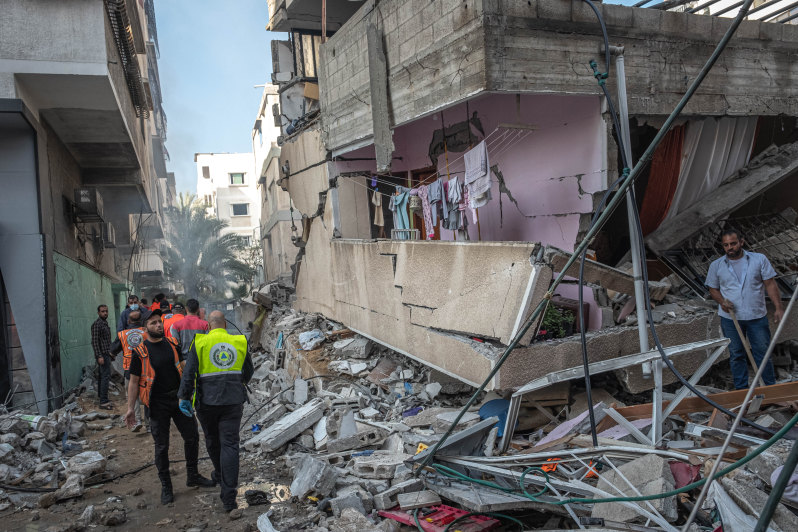 Officials from the US, Egypt, Qatar and United Nations are working around the clock to broker a truce in Gaza after more than a week of deadly fighting left more than 200 people dead but Israel’s leader signalled he’s not yet ready to let up.

Prime Minister Benjamin Netanyahu said on Sunday (Monday AEST) he’ll do “whatever it takes” to restore order after persistent rocket attacks from Gaza sparked Israeli jet strikes in retaliation. He said his goal is to “degrade” the ability of Hamas, which governs the densely populated Gaza strip, to threaten Israel.

“We are targeting a terrorist organisation that is targeting our civilians and hiding behind their civilians – using them as human shields.”

Yet Israel drew outrage for attacking non-combatants after it levelled a high-rise building in Gaza on Saturday that housed news outlets such as the Associated Press and Al Jazeera, as well as residential apartments. Netanyahu said Israel warned occupants to evacuate the building, which he claimed had been used by Hamas’s military wing, before striking it.

Pressed on CBS for proof of how the building had been used, Netanyahu said “we share with our American friends all that intelligence”.

Read the article by David Wainer in The Sydney Morning Herald.